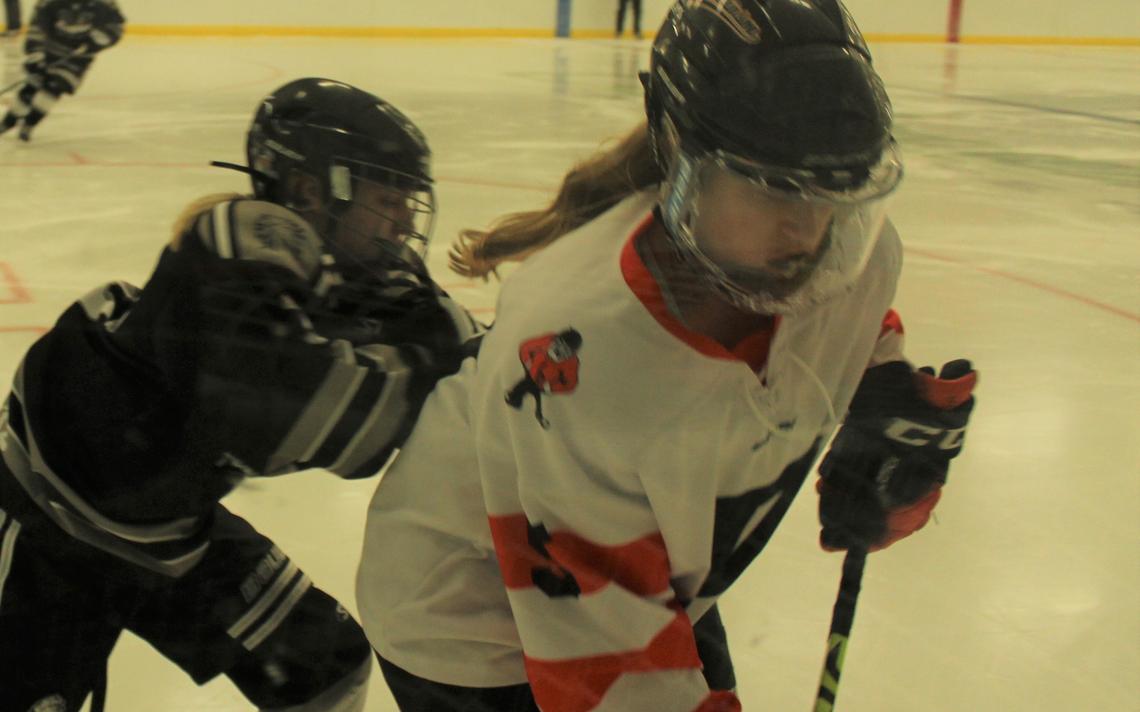 MINOT, N.D. – The Midgets were eager to start the new year off with a victory, but due to some heavy penalties left the road rink of Minot High with how almost everyone described the year 2020 — a loss.

Dickinson (1-2) suffered eight penalties against the Magicians (5-0), labeled one of the best teams in the state, which only had two penalties dealt the entire game. As a result, the Magicians were able to produce magic out of its heavy power-play chances, scoring on two of its eight opportunities, allowing the team to come away with a 3-2 victory.

“If we’re going to beat really good teams like Minot, we’ve got to stay out of the penalty box,” Midgets Head Coach Dallas Kuntz said.

“There were a couple tic-tac calls that I didn’t agree with, but when we were five-on-five we were right there with them; it’s an evened-up game,” Kuntz added. “But the goal difference that came in the loss would probably be attested to spending too much time in the penalty box. ”

Midgets ninth-grader Kadon Dvorak was the key leader for the Midgets in the loss, scoring both of the team’s goals. Junior Quentin Lewis and senior Xander Krump each recorded one assist point.

Despite the heavy difference in penalties called, Kuntz did not believe one team played more physical than the other.

“I think it was as physical as any west region game; it was just a lot of unlucky penalties,” he said. “The refs saw it their way, and I totally respect that. For us, we’ve just got to keep our feet moving and keep playing the game the right way.”

With a full team playing on the ice, the Midgets held their own against Minot. Less than a minute into the first period, Dvorak scored the first goal of the game.

From then on the Midgets lived up to their nickname by playing mighty. It just so happened the team’s physicality may have been a little too mighty in the eyes of the referees.

The Midgets were dealt their first two-minute penalty nearly five minutes after Dvorak’s goal with a cross-checking call. Minot wasted no time with a goal by Casey Fjeld tying the game at one.

Dickinson had little time to recoup with being dealt back-to-back penalties, the first for slashing, the second for having too many players on the ice. The team successfully killed the first penalty, but Minot senior Riley Opperude gave his team the lead with its second power play goal of the first period.

At the end of the first period, five penalties were called. Dickinson was dealt four; Minot was dealt one.

Dickinson was dealt another two penalties in the second period, both on junior Quentin Lewis — the first for holding, the second for interference. Fortunately, the team killed both penalties.

The positive vibes seemed to be working in the third with a tripping penalty being called on Minot junior Zachary Diehl.

That was where the luck ended as Dickinson was unable to score on the two-minute power play.

Dickinson was then dealt another two back-to-back penalties but was able to kill both penalties.

Dickinson’s spirits continued to rise as time began to dwindle down in the third and final period. But the Midgets’ high spirits dropped just as fast when Minot senior Isaiah Thongphet lit up the red light with less than five minutes to play in the third.

Despite not recording another penalty, the Midgets were unable to find the magic it needed to tie the game at three, ending with a 3-2 loss.

“We can’t make those little mistakes and little errors,” Kuntz said. “If we can play five-on-five, I believe we have a coachable team that can compete with anyone.”

Despite the loss, based on the team’s narrow loss and strong performance against one of the better high school teams in the sport of hockey, Kuntz believes the team’s confidence will be very strong going into its next game against Bismarck High (1-2-1) on Tuesday.

“We’re excited for (Tuesday). We’re excited to go to Bismarck, play another tough opponent and if we can build just a little bit, maybe stay out of the box, keep up our aggressive style, we’re going to give ourselves a chance to win,” Kuntz said.