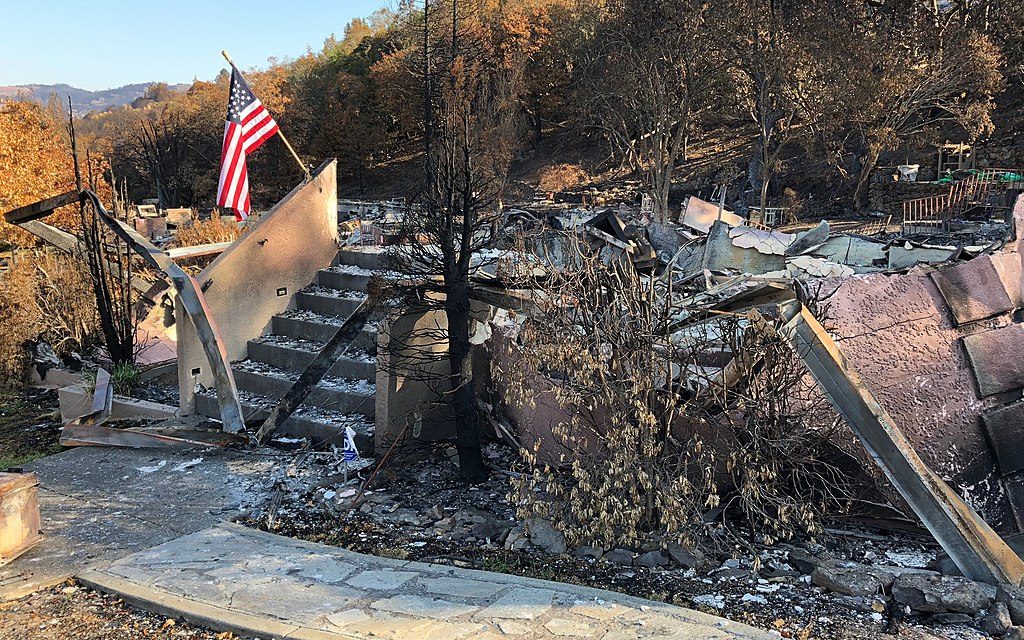 GLENBURN, N.D.— After a devastating fire on March 6 that severely damaged its fire hall and contents, the Glenburn Fire Department is bouncing back faster than Fire Chief Mike Overton ever thought possible.

“It’s absolutely overwhelming,” Overton said. “When this first happened, I felt it would be months before we would be able to respond to everything, and we are already responding to fires.”

Thanks to donations, the Glenburn Fire Department was able to respond – along with the Maxbass, Mohall and Lansford departments – to a grass fire to save a structure and farm equipment March 20.

Fire departments that stepped up to donate gear and other equipment to Glenburn include Burlington, Kenmare, Wing, Ray, Tioga and Maxbass. The Columbus department donated a 200,000-gallon tanker truck. Wildrose donated a grass fire-fighting truck and Velva a combination pumper/tanker. Williston Rural donated a fire engine, complete with equipment and gear, The Minot Daily News reported.

Williston Rural Fire Chief John Laqua said the engine was a fourth backup engine that his department planned to sell. When it heard about Glenburn’s need, the board decided to donate the engine instead. Not looking for recognition, the department “just wanted to help out,” Laqua said.

“It’s become very important for rural districts to help each other out, whether it’s on-scene calls,” he said, “or in this case, helping out with materials.”

Glenburn’s help came from fire departments as far away as Brainard, Nebraska, which provided air packs and bottles. Departments in South Dakota and Minnesota also have contacted him about possibly helping, Overton said.

Additionally, the Glenburn department accepted an offer of communication radios from the Mountrail County Sheriff’s Office. The Minot Air Force Base Fire Department agreed to wash and test hoses that came through the fire to determine whether they remain usable.

Overton said the Glenburn board has yet to act on more equipment that has been offered.

Overton highlighted the three departments and their chiefs that responded to the March 6 fire and have been particularly supportive in his department’s recovery. Those departments are Lansford, led by Fire Chief Matt Unlin; Maxbass and its Fire Chief Bryan Pease; and Minot Air Force Base with Fire Chief Essam Cordova.

The Glenburn department has received more than $60,000 in direct personal and corporate financial donations, which doesn’t include money being raised online or otherwise by outside individuals and groups for the department.

Minot’s Minotauros is donating $1 per ticket sold for its April 22 hockey game and has given the Glenburn department some tickets to sell for which it can keep all the proceeds.

The Fire and Iron Motorcycle Club, which has a Minot chapter, is planning a benefit ride this summer. The club consists mostly of firefighters. The Glenburn department also has been seeking grants and holding a raffle.

Steve Farden of Farden Construction granted the use of a company equipment building in Glenburn as a temporary fire station.

Overton said the department’s station was a total loss in the fire. A professional investigation determined the cause of the fire to have been a catastrophic failure of a furnace. The department is still assessing the fire trucks housed in the building to determine if anything is salvageable, but Overton said the damage was significant.

The Glenburn community has rallied to support its department.

“We have actually had two new firefighters join since then, just because they want to help,” Overton said. “Everyone has pulled together. I can’t tell you enough about the firefighters in Glenburn. They are really working. Not a one of them wants to give up, and it can be tempting to do so because there’s a ton of work involved.”

Besides reviving the department’s firefighting capacity and the extra hours of training on the use of donated equipment, there will be a need to tear down the fire-damaged station. Plans for a new station are in a very early stage.

“Our priority above all is for public safety. The building comes second to that. We need to be able to provide fire protection, medical response, emergency response to the people of the community. That, by far, is our biggest priority,” Overton said.

He said the most frequent calls to which rural fire departments respond are medical. The Glenburn department is at about 100% capacity to respond to those calls, he said. A good share of the medical supplies were personally kept by firefighters for rapid response so were not affected by the fire. The department has replaced much of the equipment lost.

Rescue calls are the third most common calls. Overton said Glenburn is partially able to respond but still is working on replacing some equipment to get back to 100%.

Structure fires are least common but can be disastrous so Glenburn welcomed the fire engine from Williston and other donations.