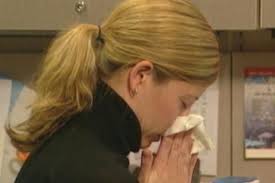 BISMARCK, N.D. – With all of the focus on COVID-19 the past year, many of us may have forgotten about a different virus: influenza.

Spring is typically the end of flu season, but in North Dakota, there wasn’t much of a flu season at all. However, health experts say that doesn’t mean you can let your guard down.

To date, the state health department is only reporting 196 total cases of influenza for the season, which began August 1st of 2020. That’s a big difference from the year before, when 12,490 cases had been recorded by this time.

“Because this influenza season occurred at the same time as the COVID-19 pandemic, a number of the precautions that were put in place for COVID-19 likely played a role in also preventing influenza,” said Levi Schlosser, Influenza Surveillance Coordinator for ND Department of Health.

Another likely contributor to fewer cases of the flu – more vaccinations.

While it may seem North Dakota was rather unaffected by the flu this year, Schlosser says to not get complacent.

“While we are reaching the end of influenza season, there is still both flu and COVID-19 circulating in the community,” said Schlosser.

Schlosser says it’s difficult to tell how this flu season will impact the next, but to remember mitigation efforts – like proper hand washing and covering your cough or sneeze.

While it is recommended to get your flu shot in the fall, it might not be too late if you’re still interested in receiving one. Schlosser says to talk to your doctor to decide what’s best for you.