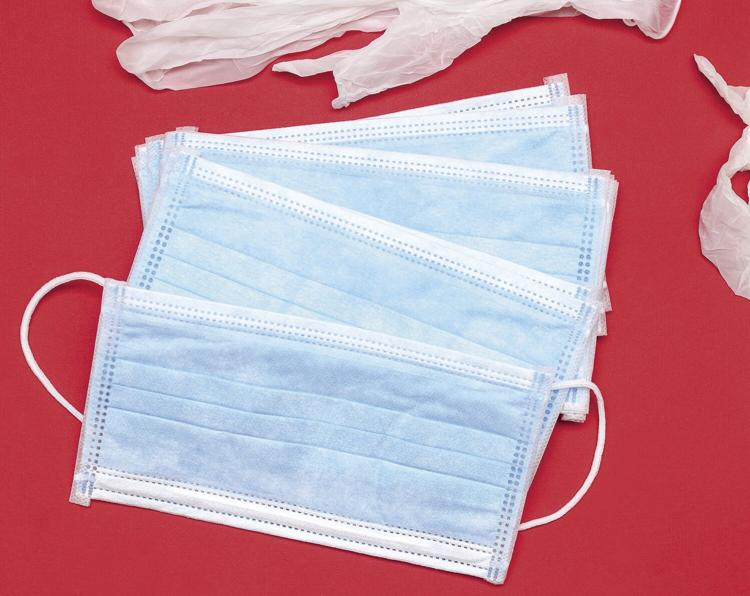 MINOT, N.D. – Hospitals in the region are joining their voices to a statewide chorus urging people to “mask up” for the safety of themselves, their friends, and their families.

The decision by the health care coalition comes as North Dakota and the Williams County region are experiencing an upward trend in the number of COVID-19 cases.

Williams County cases spiked not long after the July 4 holiday, and have continued to rise since. There were 44 new confirmed cases in the past week, 18 of them reported on Wednesday. The state shows 57 active cases in the county, the seventh highest count in the state.

“As COVID-19 cases rise throughout North Dakota, people may be wondering what they can do to combat the virus,” Trinity Health President and CEO John M. Kutch said. “The answer is simple. Wear a mask. A mask is the most effective tool we have until there is a vaccine.”

Advice on masks has changed during the pandemic, with the CDC initially advising the public not to wear them, mainly to preserve them for medical professionals. A wide array of misinformation about masks has also been shared widely online.

The CDC updated their guidance in May to recommend individuals wear non-medical grade masks, as evidence mounted that their use, even when homemade, would be beneficial in reducing the spread of COVID-19.

Among the many memes circulating online against masks is one likening the material masks are made of to chain link fences when it comes to blocking viral particles.

The analogy isn’t entirely accurate, however, and that’s because of the way these viral particles travel.

“Although viruses are small particles, they tend to be attached to water droplets in the air,” explains Dr. Jeffrey Sather, Chief of Staff and Medical Director Emergency Trauma Center for Trinity Health in Minot. (Those water droplets) are blocked by masks.”

Sather added that there are studies by reputable institutions such as the Mayo Clinic, which have looked at mask use.

These studies are showing that mask use is both safe and effective.

“It’s not 100 percent,” Sather said,. “But it does prevent disease, and those people who do get sick tend to have a lesser degree of illness than those who do not wear them. I’d invite anyone to go to the Mayo Clinic website or Google some of that information from a reputable source like Mayo.”

Sather said there are many different types of masks out there, and that mask use in the medical profession has a long history. Recent studies are helping to flesh out more exact numbers on just how much masks do help.

“A properly worn mask gives you great protection from COVID, and that is starting to be shown in the literature,” he said. “It may be easy to throw something out and list something that is not reputable, but it is hard to refute reputable sources. It is amazing people will just ignore scientific references to pick up something (that is incorrect) and distribute it.”

As far as the oft-repeated claim that masks could somehow cause carbon dioxide poisoning, while simultaneously allowing viral particles, which are much larger than molecules of carbon dioxide or oxygen, to escape, Sather pointed out people obviously cannot have it both ways.

“People can find whatever information that matches their belief,” he said, but that doesn’t make it true.

“By adding a mask, you could be increasing that dead space, yes, and you can calculate that,” he said. “But it is minimal, and it doesn’t do anything.”

It could be a concern for any who have diseases like COPD or emphysema, Sather said, but those individuals would also be more likely to suffer adverse outcomes from COVID-19.

Another claim against masks is that people have gotten sick from things like mold or mildew that built up in the mask. This, too, stretches credulity, Sather said.

Medical professionals, who have been wearing masks for decades, have not reported such illnesses. But also, if one is wearing a mask to the point it has mold, mildew, or bacteria, then that’s not correct at all.

Homemade masks, while perhaps not as good as those manufactured for the medical profession, are still good enough to make a difference, Sather added.

The type of material a mask is made of can make a big difference. A recent study by a team of researchers from the University of Chicago and the Argonne National Laboratory both in Illinois looked at the best materials. Their research suggests a combination that includes tightly woven cotton and a double layer of chiffon works best.

The cotton layer absorbs water droplets, while the chiffon layers will readily develop a slight static charge. Since viral particles are generally moist, that means they, too, are ionized, which allows the chiffon layer to repel or attract them.

Masks with both cotton and a chiffon or polyester batting layer are providing both a mechanical and electrostatic barrier. The Argonne study found such masks, despite being homemade, were able to filter 80 to 99 percent of particles from 10 nm to 6 micrometers.

Sather said masks, like seatbelts, are a case where perfect shouldn’t be allowed to be the enemy of good.

“If you wear your seatbelt in your car can you be killed? Absolutely,” he said. “But are your chances of surviving greater? Absolutely.”

Masks are the same when it comes to COVID-19. Wearing one doesn’t mean you cannot catch it, but it does decrease the chance of infection. And used in conjunction with other guidelines such as social distancing and hand-washing, it’s one more good layer of protection.

In particular, with flu season around the corner, Sather said, masks could help ensure people don’t face a double whammy — a COVID-19 infection along with an influenza infection, which CDC data have so far indicated is more deadly than either one alone.

Third dose of the Pfizer vaccine will likely be needed

Trinity Health VP on opening vaccinations to everyone 16 and older