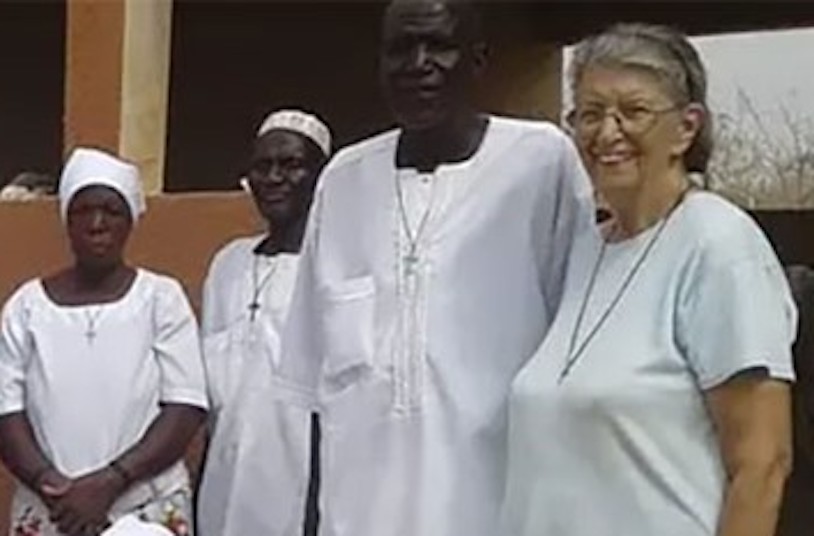 Elderly woman, who was abducted and held captive for 5 months in Africa, speaks out for the first time

The brave woman is speaking out for the first time after she was kidnapped and held captive for five months in Africa. The 83-year-old woman was forcibly taken from a residence she shared with two other women and a few lay employees in the middle of the night by a group of armed men. No one was able to provide much information on her potential whereabouts, but five months after she was kidnapped she was freed without incident.

According to the CH, Sister Suellen, who is a nun, arrived back in the U.S. on August 31 via medical transport. Since 2013 Sister Suellen had been serving as support for medical staff in Africa until early April when a group of 10 armed men abducted her from her residence. She was taken from her bed without her glasses, shoes or medicine. Sister Suellen was blindfolded and gagged. At first she thought the kidnappers would leave her on the porch, but then they instructed her to get on the back of a motorcycle and hang on.

“Whoa, this was not what I thought was going to happen. But from the beginning, I was asking God to please use this for good. I don’t understand why it’s happening; I don’t understand why they took me. And a lot of good has happened – all these people praying,” she recalled. She remembered riding all through the night until she was transferred to a second group. According to the Clarion Herald she was not physically harmed and treated reasonably while held in captivity.

Because she had nothing with her, and the only items she was given were a few pieces of paper and a red pen, Sister Suellen spent her time checking days off a homemade calendar and praying. Sister Suellen recalled certain Scripture and mentally ran through the Mass every day. “Prayer sustained me,” she said. “I went through my Mass every day. I did each part of the Mass and received spiritual Communion. During the day, at least three or four times a day, I would do a spiritual Communion. That was the thing that kept me going because I had nothing. I would say, ‘OK, God, what’s your word to me today at this moment?’ Sometimes it was a Scripture passage or a story from Scripture. But, after a while, it was just messages to me. And the one that stayed with me the longest was ‘peaceful patience. You need to be peacefully patient.’”

In August, she was taken a far distance by motorcycle and greeted by four men. The men took her to a house where they instructed her to eat and take a shower. Arrangements were made and Sister Suellen arrived back in the States via medical transport on August 31. Sister Suellen, who contracted malaria and lost 20 pounds during her captivity, has been checked out by medical professionals and is currently on the mend.