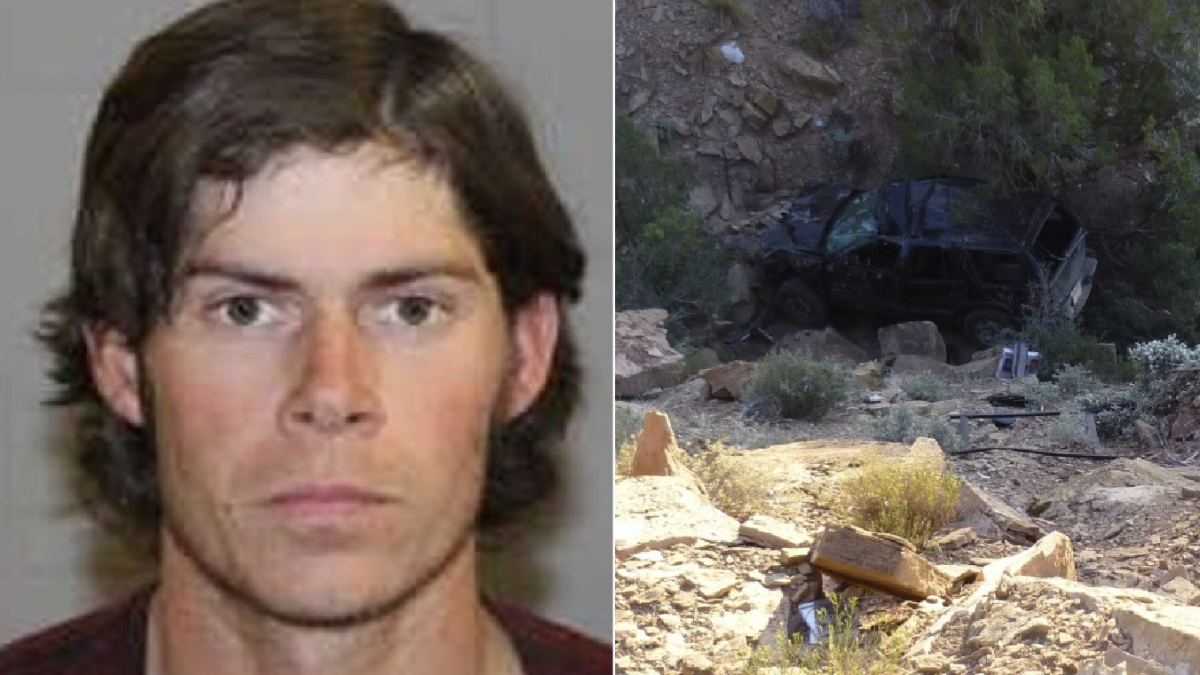 Man realized his girlfriend is dead, ‘fulfilled his selfish desire’ before calling 911!

Authorities said the 21-year-old man, Mark, reportedly took his 20-year-old girlfriend, Ciara, on a ride. Unfortunately, the one lane dirt road was tough to negotiate for anyone, especially when alcohol and excessive speed are added. When the 21-year-old driver misjudged a turn on the dirt road, his vehicle rolled off the road and fell about 200 feet into a ravine, ejecting his girlfriend from the vehicle. The driver blacked out from his injuries and didn’t come to until the following morning around 5 a.m.. As he looked around, he realized what happened. Then, he found his girlfriend on the ground outside the vehicle.

The 21-year-old man, who was reportedly driving on a suspended license, felt Ciara’s body which was cold to the touch, and he realized that she had died. But, before calling the police, he did the unthinkable – he opened a couple of beers, which he had in the SUV. According to reports, Mark had some cold ones as if it was a casual afternoon on the porch and his girlfriend’s dead body wasn’t in sight. About an hour and a half after waking up and ‘refueling himself’, he wandered into cell range and called 911. He told the dispatcher that he believed Ciara was dead since his efforts to wake her failed. Emergency responders arrived at the scene and confirmed her death. Police recovered an empty case and noted there were partially consumed beer bottles strewn about the wreckage.

Mark was taken to an area hospital and treated for his injuries, where he admitted to police that he had been drinking and caused the accident. He was charged with DUI and negligent homicide for the “dangerous manner” in which he was driving, despite the fact that his blood-alcohol level at the hospital was 0.000. Since officers couldn’t perform a field sobriety test at the scene, enough time had probably passed before the BAC test was performed for his system to clear any traces of alcohol.

Mark Wyler was only sentenced to 90 days in jail in lieu of a possible prison sentence for his part in the fatal rollover crash that left his girlfriend dead after Ciara’s own mother pleaded for leniency, according to reports. Although he was facing a third-degree felony charge of automobile homicide, along with a class B misdemeanor for driving with a suspended license and an infraction for improper lane use, a plea deal reduced the felony charge to a class A misdemeanor for negligent auto homicide to which he pleaded guilty. But, more stunning than the plea deal is Ciara’s mother’s pleas for the court to take it easy on the man who was ultimately responsible for killing her daughter, after the mom even paid his bail.

Man indecently abused another victim while on probation, but 'the judge said he shouldn’t go to prison' because of this!

Mother thought the giant blister on her baby’s head is ringworm, until she picked up the pacifier!

Boy who got tied to tree, set on fire gets justice thanks to last words on deathbed

Mother pulls gun after refusing to pay for meal at drive-thru, then things go from bad to worse!