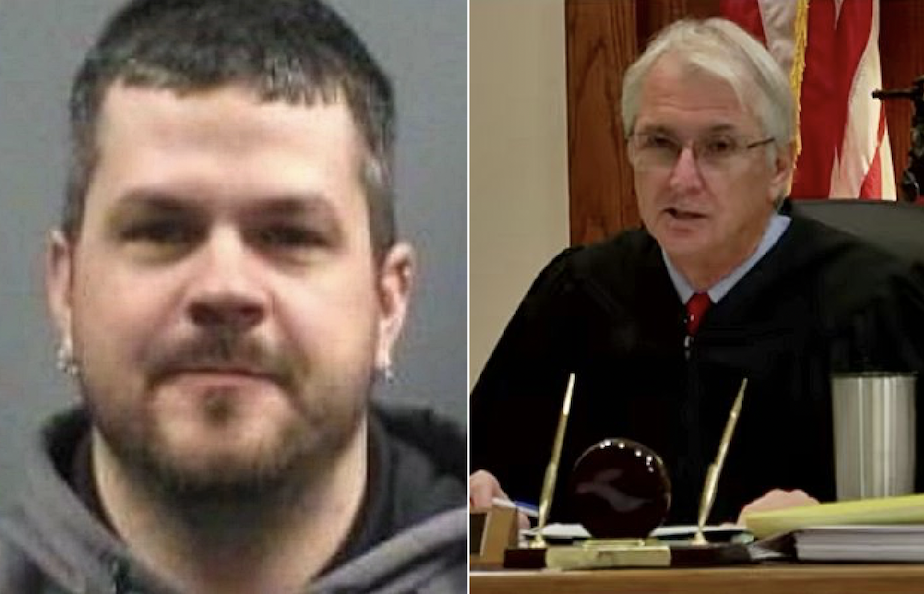 Man indecently abused another victim while on probation, but ‘the judge said he shouldn’t go to prison’ because of this!

According to the court documents, the then-33-year-old defendant, Maurice, was first arrested for ra-ing a 16-year-old girl while serving as the manager of a restaurant. He pleaded guilty to having se* with the underage girl in the kitchen of restaurant, which the victim said she did because “he told her to” and “he was her boss and she needed to keep her job.” For the crime of statutory ra-e, the defendant was sentenced to a 120-day se* offender program before being released on probation. Although he completed the rehab program, this was only the beginning of the registered se* offender’s crime spree.

Just one month after he was released from the se* offending assessment unit, he brutally ra-ed the mother of his children. However, despite being found guilty of his second ra-e, the presiding judge believed he shouldn’t even touch the inside of a jail cell. Judge Holden sentenced the defendant to just five years probation for his second ra-e after his probation officer and se* abuse program counselor convinced him that he was “making progress in his counseling.”

“So the judge was able to hear from somebody who has expertise in this type of treatment, who has supervised and treated him for quite some time, and came to a conclusion that continuity under these circumstances was going to be warehousing him in a prison,” explained the defendant’s defense attorney Coatney. Despite prosecutors’ request that he receive the maximum 7 years in prison, Judge Holden handed down the probation sentence because Maurice seems to be improving in counseling. However, Holden ignored the fact that the 33-year-old man ra-ed his second victim after completing a similar program intended to rehabilitate the se* offender.

That decision has sparked outrage on social media including a post by county prosecutor Patterson with a Ronald Reagan quote that “We must reject the idea that every time a law’s broken, society is guilty rather than the lawbreaker. It’s time to restore the American precept that each individual is accountable for his actions.” Many experts claim that the most disturbing thing about Maurice’s case is that there are now two women who have learned that the court system doesn’t always deliver justice. Sadly, he lives to offend another day while his victims must suffer the long-lasting effects of his crimes. Ladies and gentlemen, we are republishing this story amid recent reports that suggest many US states are recording record highs in se-ual assault incidents.

Man realized his girlfriend is dead, 'fulfilled his selfish desire' before calling 911!

Mother thought her toddler was stung by a wasp, 'until she took a closer look' and desperately called for help!

Little girl comes home with a stack of cash, her explanation gets everyone surprised!

Man who woke up from coma after 12 years says ‘he heard everything people said including these 7 chilling and disturbing words from his mother’!

Veteran soldier decided to take his life after last smoke near bushes, then he heard a noise!

Men cut baby from womb, force mother to watch what they do to newborn!

Couples new baby died right after birth, then ‘they got a phone call from the nurse’!