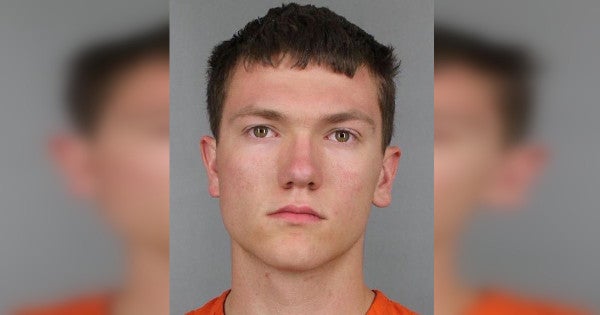 MINOT, N.D. – A 23-year-old airman at Minot Air Force Base will serve up to a year in jail and be required to register as a sex offender for luring a minor by computer.

Christopher David Schroeder fell for a law enforcement sting on Dec. 11, 2016 and thought he was meeting a 16-year-old girl for sex.

Schroeder cried in court on Thursday, Aug. 17, apologized for his actions and said he will never do anything like it again. He is aware that he may lose his planned future career with the Air Force because of his actions.

Ward County Assistant State’s Attorney Ashlei Neufeld had asked Judge Stacy Louser to sentence Schroeder to five years in prison, with a requirement that he serve three years. She said the pre-sentence investigation showed that Schroeder had minimized the offense and she believed he is likely to reoffend. The investigator found he had a low to moderate risk of reoffense.

Schroeder’s attorney, Ashley Flagstad, said the state’s sentencing recommendation was outrageous, particularly because other defendants have received far lower sentences in cases where there were actual victims.

Louser said she was puzzled by the state’s sentencing recommendation, considering the low sentences in other cases Flagstad cited. Louser also said luring a minor by computer is very serious and there was the potential that a real victim might have been harmed. Schroeder’s status in the Air Force meant he had a position of public trust. But Schroeder also has no prior criminal record.

Louser sentenced Schroeder to three years, with a requirement that he serve one year, and three years of supervised probation. He also must complete a sex offender treatment program and register as a sex offender.

According to a probable cause affidavit filed with the court, Sgt. Jason Kraft of the Ward County Sheriff’s Department, responded to an online ad on Craigslist posted by a man who said he was looking for a “threescore or hook up.” Kraft messaged Schroeder and asked if he was serious. In his second response to the poster, Kraft, posing as the fictitious girl, claimed to be 16. Schroeder responded that he was 22.

Schroeder and the officer posing as the girl then exchanged photographs. Kraft sent Schroeder a picture of a female sheriff’s deputy that was taken when she was 16. Schroeder sent a picture of himself standing in front of a mirror without a shirt.

The two exchanged sexually explicit messages and arranged to meet in the parking lot of the North Hill Bowling Alley. Schroeder was driving his wife’s car.

Schroeder told the sheriff’s office that he came to meet the 16-year-old to tell her that she should not be on Craigslist meeting people. Since he works for the Minot Air Force Base Security Forces, Schroeder claimed that he wanted to do a “reverse bust.”

Arrest made in fatal Minot shooting

House fire breaks out Monday in Minot, no one hurt