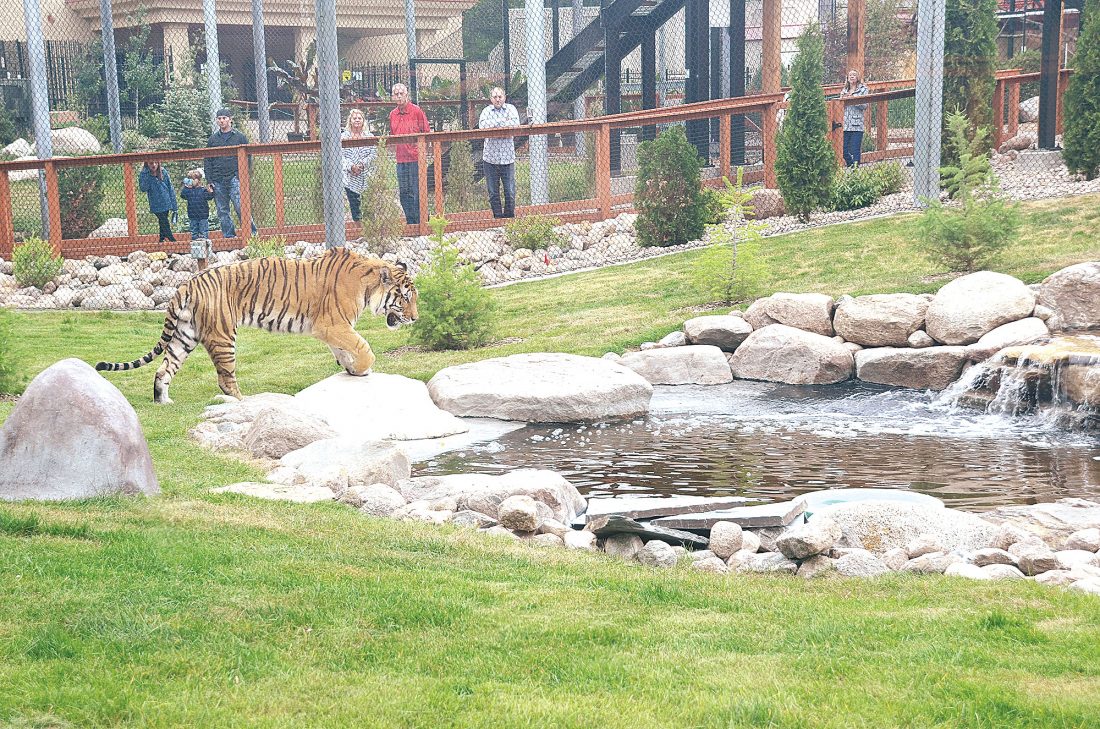 The park board approved a preliminary budget Tuesday that calls for $14.3 million in spending, about a 2% increase, requiring a mill levy estimated to remain at around 43 mills.

A public hearing is scheduled for Sept. 15 at 6:30 p.m. in the park board meeting room in Minot Municipal Auditorium.

Parks Director Ron Merritt said the park district lost revenue from the closure of Maysa Arena earlier this year, following the start of the coronavirus pandemic. However, other parks activities are seeing increased revenue.

“We have made up for that and then some with the golf course and zoo revenue,” Merritt said of the Maysa losses. “Overall, we are in good shape.”

Zoo income is up 50%, which Merritt attributed to the new tiger exhibit but also to more people looking for activities closer to home due to the pandemic.

“Our parks and facilities are just crazy busy,” he said.

The 2021 budget includes pay raises in the form of step increases in the pay plan for employees, which translate to about 3% increases.

It also includes the possibility of starting work on an outdoor recreation area in west Minot. Road and parking lot construction, along with possible trail work, could happen next year. The park district also would like to start construction on the new leopard habitat in the zoo.

Merritt said the park board is considering additional borrowing for general park improvements next year to take advantage of current low interest rates.

The park district still is waiting on Environmental Protection Agency approval to begin work on former landfill property near Maysa Arena. Merritt said the City of Minot and the park district are working together to press for a federal decision in hope of starting some trail work this fall. Future plans for the area include potential improvements such as frisbee golf and cross-country trail.

Minot residents could see a possible increase in taxes