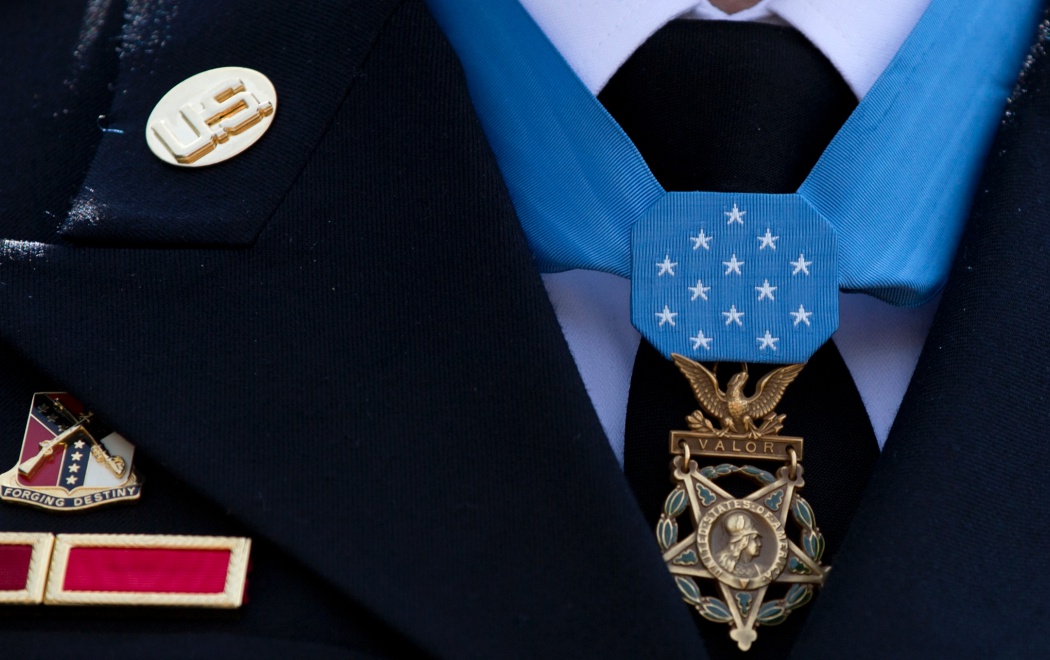 The Medal of Honor hangs around the neck of US Army Staff Sgt. Ty M. Carter as he speaks to the media outside the West Wing of the White House in Washington, Monday, Aug. 26, 2013, after receiving the medal for conspicuous gallantry from President Barack Obama inside. Carter received the medal for his courageous actions while serving as a cavalry scout with Bravo Troop, 3rd Squadron, 61st Cavalry Regiment, 4th Brigade Combat Team, 4th Infantry Division, during combat operations in Kamdesh District, Nuristan Province, Afghanistan on Oct. 3, 2009. Carter is the fifth living recipient to be awarded the Medal of Honor for actions in Iraq or Afghanistan. (AP Photo/Carolyn Kaster)
Politics

MINOT, N.D. – Some North Dakotans are being remembered, as Thursday marks the 156th anniversary of the first awarded Medal of Honor.

This is the United States’ highest and most prestigious award presented to military personnel who have gone above and beyond in the line of duty.

Out of more than 3,000 recipients, 19 are from right here in the Peace Garden State.

In an effort to honor them, a few volunteers spent the morning hanging wreaths with patriotic bows and poppies at the Medal of Honor Memorial site at Roosevelt Park in Minot.

“We wanted to put up these wreaths so that people come to the park and the zoo and they will look at the various names of the soldiers who are from North Dakota and who have fought in different wars,” Richard Reuer said.

The memorial will be decorated with wreaths until Monday.

Pair of flood project public meetings canceled due to COVID-19