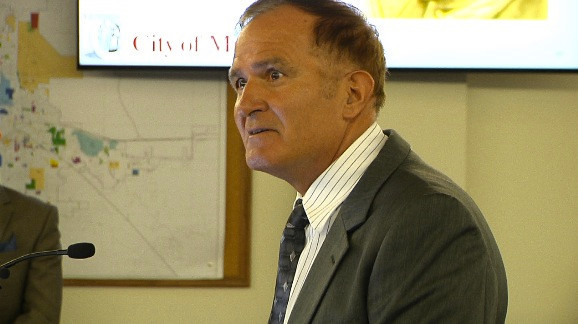 MINOT, N.D. – Lee Staab, who served as Minot’s city manager from 2014 until 2016, has reached out to at least one city council alderman to offer his services in the wake of the firing of City Manager Tom Barry.

Alderman Mark Jantzer said at a special meeting of the Minot City Council Thursday that Staab reached out via email last week. “He indicated that he is willing to help us, if we should desire that,” Jantzer said.

Jantzer told KX News he believes Staab was offering to assist the city on an interim basis, not as a permanent employee of the city.

Staab stepped down from the city manager position in August of 2016. He became the county manager for Grand County in Colorado, a position he held until he retired in February of 2019.

Human Resources Director Lisa Jundt addressed the council to say that she believes Staab would be a trustworthy figure for city employees who were unhappy during Barry’s tenure as city manager. “In my opinion, Mr. Staab would provide some stability,” Jundt said.

Alderman Shannon Strait said he would not support bringing Staab back. “I’m not looking to go back,” he said. “Unfortunately, Mr. Staab chose to leave. He chose not to be here. I appreciate his response; I respect his service. But I don’t think that’s the direction that the community should be moving.”

The city council agreed to more fully discuss the possibility of rehiring Staab at the group’s next regular meeting, which is scheduled for Monday, May 4th.

City of Minot looking to fill various positions, from police to public works