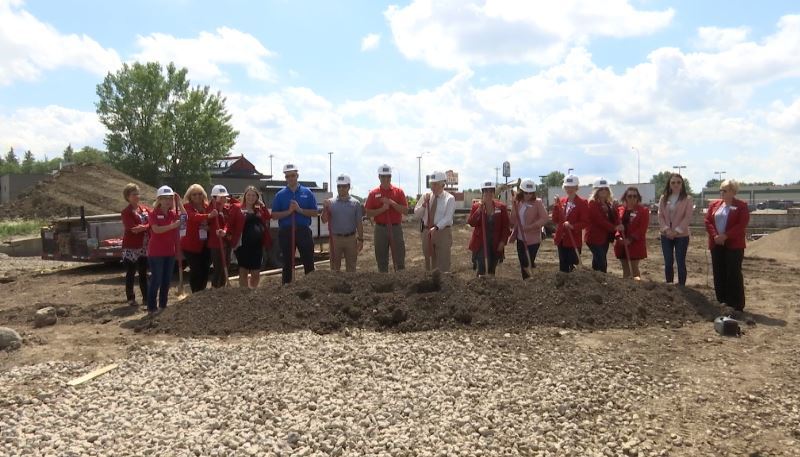 ‘Blu on Broadway’ bringing more than affordable housing to Minot

MINOT, N.D. – New construction is officially on its way to Broadway in Minot.

Contractors and city officials broke ground Tuesday on the Blu on Broadway housing project.
It’s a low-to-moderate-income housing project that will add more than 40 apartment units to South Broadway.

The city is using less than $5 million of federal grant money to guarantee affordable housing for the next 20 years. We spoke to one person who says the new project will also be good for business owners.

“Many of the commercial tenants find it very resourceful to be in a mixed-use building where they already have given tenant base and people that are supporting their businesses,” said McKenzy Olson, VP of Marketing, EPIC Companies.

The project is expected to be complete next summer.