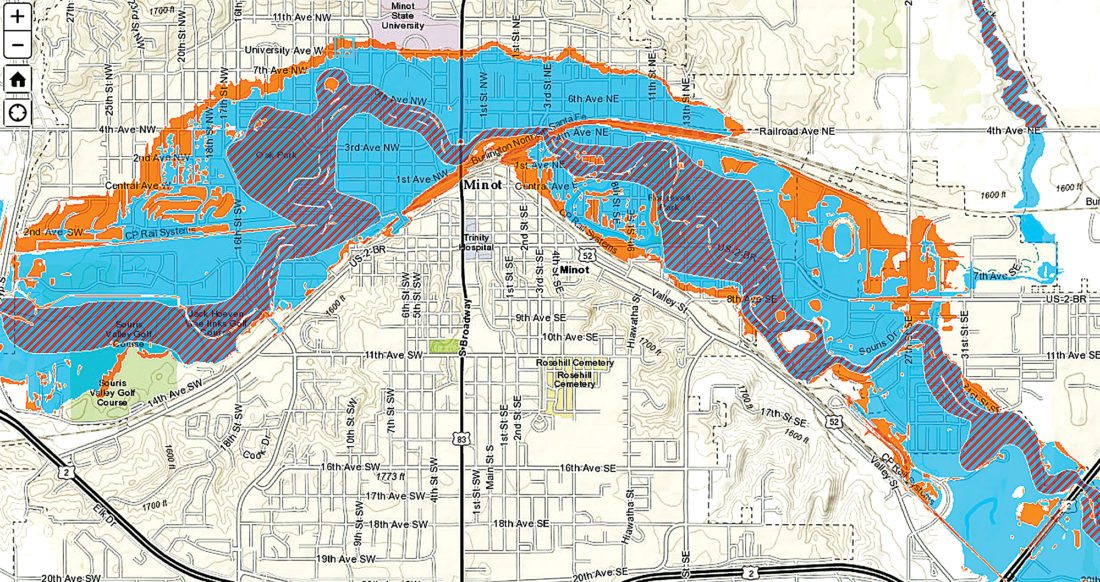 MINOT, N.D. – Earlier this month, FEMA released its new preliminary map, putting thousands of people in Minot in the flood zone, who may have not been there before. Now, those homeowners who have a federally-backed loan will be required to carry flood insurance.

But Minot Council Members have decided to appeal FEMA’s map. Right now, FEMA has the base flood level sitting at 10,000 cubic feet per second of river flow. The city wants it changed to 8,000 CFS.

The city has 90 days to submit the appeal. Then it will be reviewed by a board and a decision will be made. Officials said it can take anywhere from one month to two years. If the appeal is approved, it will mean fewer people in the flood map.

It will cost $250,000 to appeal and will be paid for with reserve funds that the city already has.

Mayor extends deadline for Citizen of the Year entries