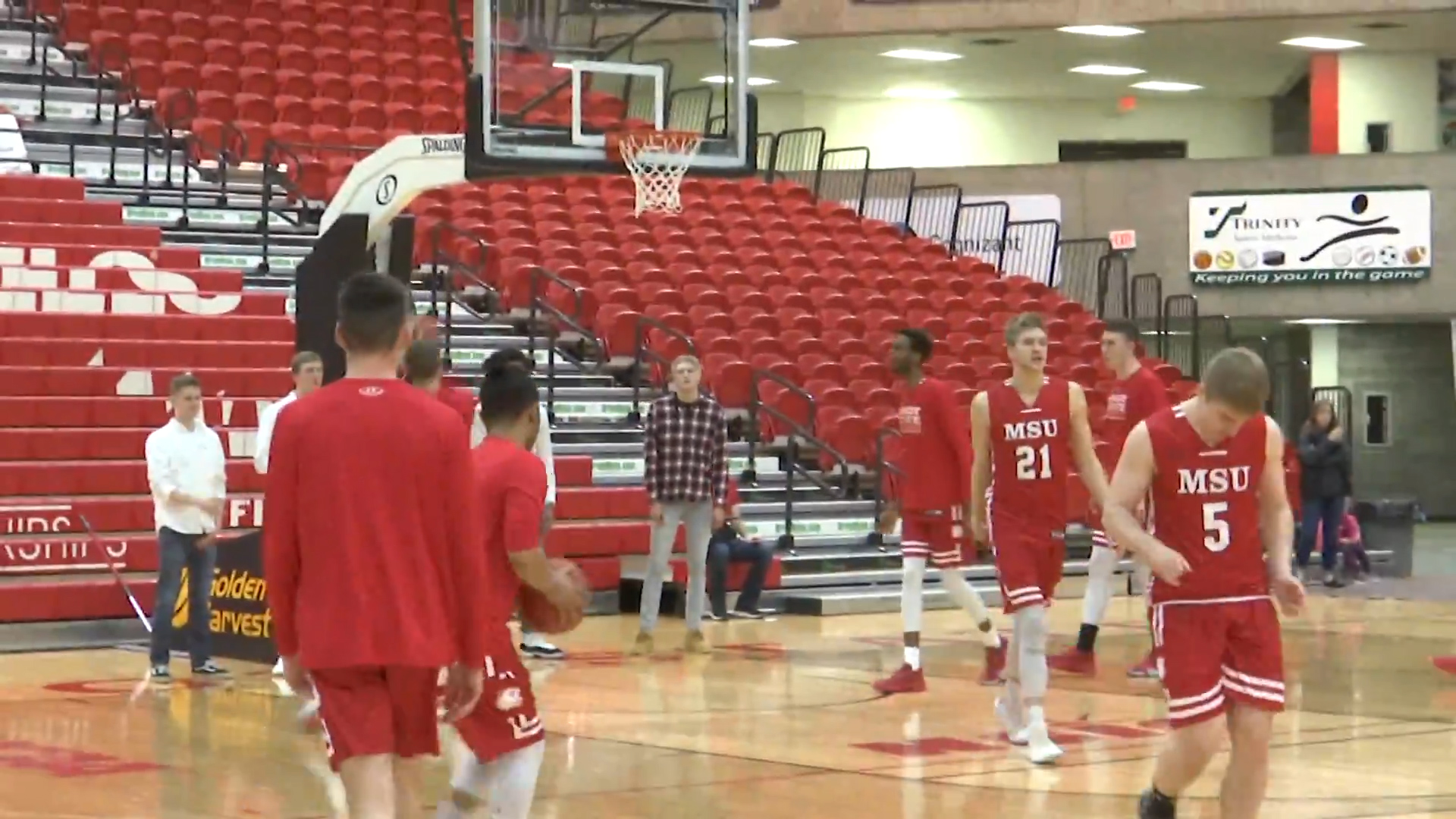 MINOT, N.D. – Minot State’s basketball team is gearing up for the 2021 season… and with a mixture of new faces and a lot of experience. The Beavers believe they can turn things around this year

I know we’re head and shoulders above where we were last year, I just want to continue to see growth in the young guys,” adds Head Coach Matt Murken

“Those guys coming back, bring a lot more balance and a lot more competiveness to the practice floor. More than we had in the past,” tells oach Murken.

“I think we got guys on the squad that can really put the ball in the basket more so than last year,” adds Senior Kody Dwyer “I think we will be fine. Max and I are able to score and we have a bunch of JUCO guys that are going to come in and be able to score too, so it will be more by comittee.”

“Just the importance of consistency from day to day, and then how to finish basketball games, we had a lot of close losses, and you got to put in the work and preparation and have confidence to make plays down the stretch,” explains Coach Murken.

“I think we had five or six, one possession games and if we just value every possession and every day, I am confident that will result in a lot of wins as a team which at the end of the day that’s all we want,” declares Senior Max Cody.

“Defense was exactly our strong suit and now we just figured out hey that end of the floor is significantly more important than we thought it was last year, and we have guys that are getting better at sitting down at that end and getting those stops that you need to get,” exclaims Dwyer.

“All the games that we lost we watched back on film would be just one possession where we had a mental lapse and give up a wide open lay up, and if we can eliminate them or create one more turnover throughout the game, our record of 4-18 in conference ends up being 10-12 and it looks a whole lot better,” tells Cody.

Badlands Circuit selects bucking horses, bulls of the year and the finals