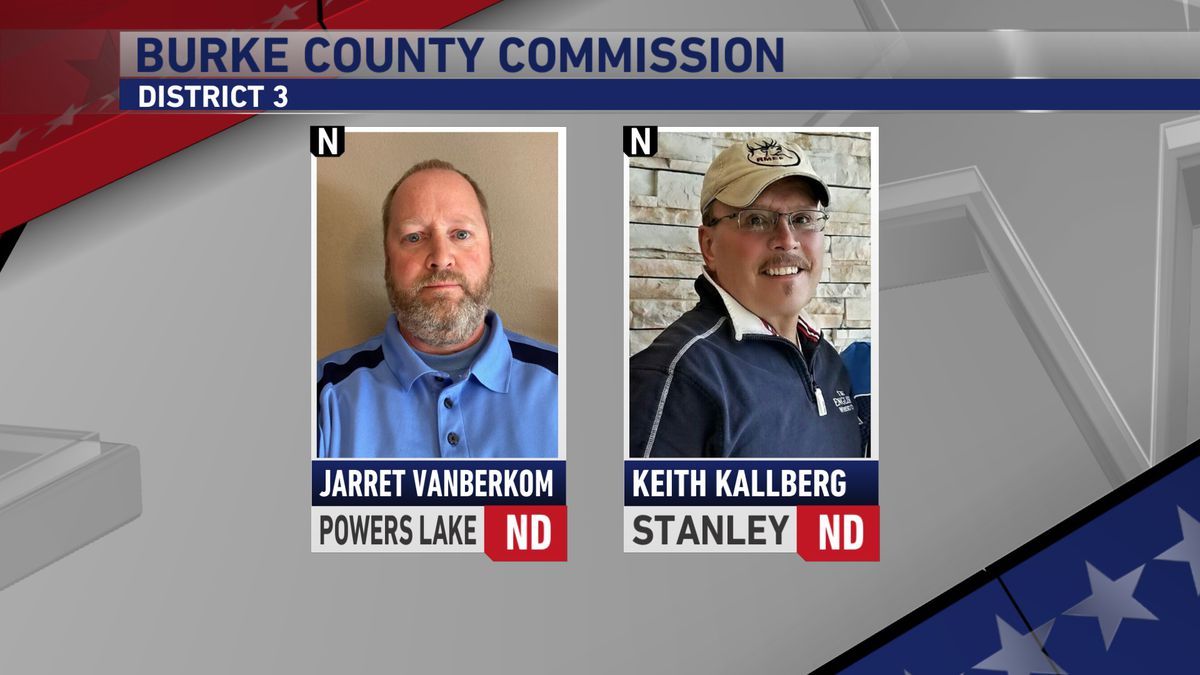 Vanberkom and his wife own and operate the Country Store. Vanberkom wants to see the county be more responsible with their budget. He said he thinks the coronavirus will be an ongoing concern for the county. He said he hopes to keep taxes down.

Vanberkom finished the end of a commission term after the previous member passed away, now he’s running for his own seat.

“Once I filled that out, I realized that it was an interesting and fulfilling service too that I could do,” said Vanberkom.

Kallberg retired out of the oil field. He said one of his main issues is addressing the wind farms, though he said he doesn’t have a stance on them. Kallberg said he would use his head, and not make rash decisions.

“I just felt that we maybe needed a change in voice here in District 3 for Burke county,” said Kallberg.