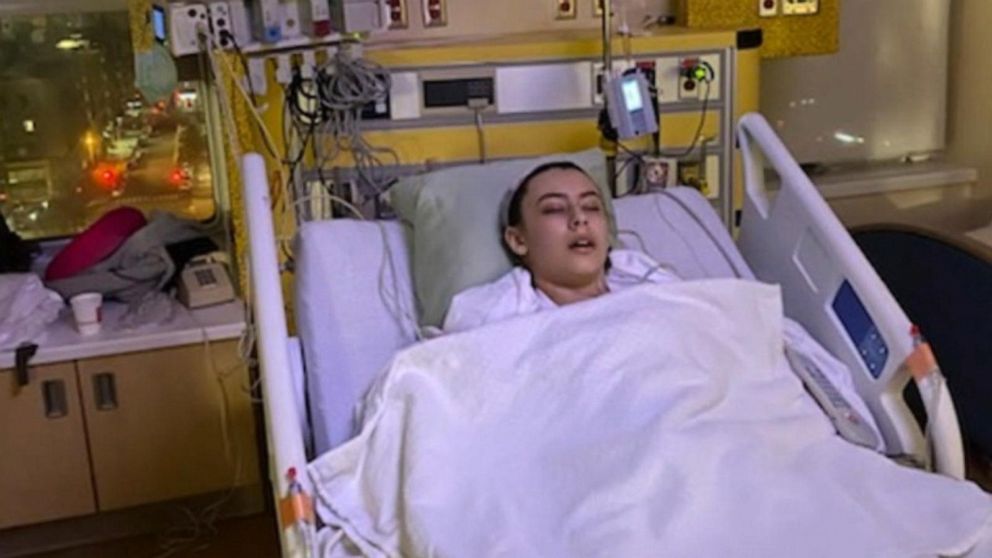 MINOT, N.D. – A family’s battle with the coronavirus was scarier and much longer than they could’ve imagined.

Their son experienced complications and was diagnosed with a rare disease, MIS-C, or Multisystem Inflammatory Syndrome in children.

15-year-old Kaden Philion tested positive for the coronavirus the weekend of Halloween.

After a two-week quarantine, he and his family thought he was in the clear.

His mom says he had minimal symptoms and he was the only one in the family who had COVID.

But less than a month later, everything changed.

Kaden’s temperature reached 100 and he was in and out of sleep all Thanksgiving weekend — and even felt like he was hallucinating.

“I woke up and the world felt like it was kind of sideways. And then, I thought it was my fault it was sideways so I didn’t want to go upstairs because I thought my mom was going to be mad at me that the world was sideways,” said Kaden.

“He didn’t tell me this part until later and I’m glad, in many ways, glad he didn’t so that I could navigate with some sort of sanity,” Terri said.

Kaden says he was sensitive to light and woke his mom up to show her a rash he had on his hands and feet.

Confused, Terri took to social media to ask what it could be.

“All these people were commenting and saying, ‘This sounds like MIS-C.’ Well, the worse thing you can do is Google that because what popped up was terrifying,” Terri said.

According to the CDC website, parts of the body become inflamed — even the heart, skin and lungs.

The CDC doesn’t know what causes MIS-C but many of the cases happen after the coronavirus…or after being around someone with COVID.

“Instead of creating an antibody that would protect him from getting infected with COVID again, his body created this monster that worked its way through its bloodstream attempting to shut down his internal organs,” Terri said.

Kaden was admitted to Trinity on Nov. 29, where they ran test after test trying to rule out what it could be.

Dec. 2, he was transferred to Sanford in Fargo for more specialized treatment.

“To watch him get loaded up in the back of that ambulance was so difficult. He kept saying, ‘Why are you crying? I’m going to be fine. I’m going to get better, mom,’” Terri said.

“I didn’t think it was that bad the whole time. I hurt, but I felt OK because I thought I was in good hands,” Kaden said.

For the next six days, Kaden battled issues like blood pressure of 60 over 30 with a heart rate of 120.

“The hardest part was I could barely breathe in and breathe out properly because there was fluid in my lungs,” Kaden said.

“I remember they had an Xbox in the hospital and they kept telling me I could play it if I wanted to, but I just never wanted to. I hurt too bad. My head hurt. I had no desire,” said Kaden.

Doctors were able to treat him and he was released on Dec. 8.

He was about 20 pounds lighter than when he was admitted.

“My face was a lot more skinny. You could see my ribs when I didn’t have a shirt on,” Kaden said.

At one of his follow-up appointments, his doctor said even he was shaken.

“He said, ‘I have little kids at home and when I went home that night, I didn’t sleep at all because all I could think about was how I was going to save your life,’” Terri said.

Kaden was cleared on March 3 to resume physical activity: something he hasn’t done in three months.

Kaden says he couldn’t finish out his wrestling season but he’s hopeful to participate in track.