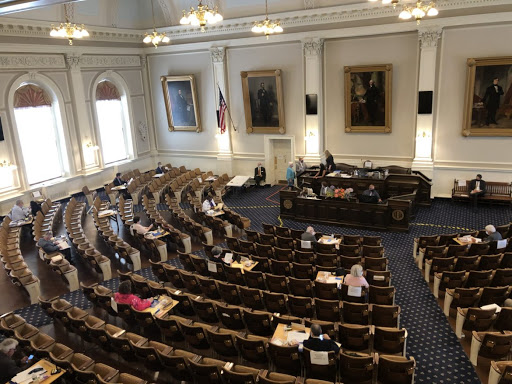 N.D.— The North Dakota House of Representatives on Wednesday, April 7, approved a bill that would punish state universities that partner with groups that promote or perform abortions.

Under Senate Bill 2030, almost $3 million in state funding could be withheld from state universities that form such partnerships and faculty or staff involved could face a Class B misdemeanor charge that carries a maximum penalty of 30 days in jail and a $1,500 fine.

The legislative move comes after North Dakota State University has used a Planned Parenthood curriculum to teach sex education to youth around the state for nearly 10 years, much to the disdain of some lawmakers.

What was once mostly a bill to determine how much money NDSU and the University of North Dakota would obtain in matching funds through a state grant program has been amended to include penalties for state universities with ties to abortion providers — particularly Planned Parenthood. NDSU officials have described the legislative effort as an attack on academic freedom.

In a 66-25 vote on Wednesday, the House advanced Senate Bill 2030, which states that the 11 state universities in North Dakota, including NDSU and UND, must certify that they are “not sponsoring, partnering with, applying for grants with, or providing a grant subaward to any person or organization that performs or promotes the performance of an abortion unless the abortion is necessary to prevent the death of the woman.” The bill as amended by the House will move to the Senate for further consideration.

Opponents of the bill said it would send a message to prospective researchers who may want to work in North Dakota that the Legislature will step in and interfere if it does not view their work as acceptable.

“From a recruitment and retention standpoint of the faculty that we invest in, that we appropriate dollars for them to do their research, to educate our students, for us to go down this path, this is a dangerous signal for people not to come to North Dakota to work at our universities,” House Minority Leader Josh Boschee, D-Fargo, said.

The bill’s supporters said most North Dakotans do not want their tax dollars going toward universities to interact with an entity that provides abortions. “There are enough really good people that come and research and will do research here and not accept that kind of activity or funding,” Rep. Dan Ruby, R-Minot, said Wednesday on the House floor.

The changes to the bill came after lawmakers repeatedly called on NDSU to have associate professor Molly Secor-Turner cease her research on sex education, because the curriculum her program teaches is provided by Planned Parenthood. The sex education program aims to teach at-risk youth about safe sex and healthy sexuality. It does not instruct students about abortion, Secor-Turner said, and it tailors its curriculum to different communities, like Native Americans, homeless youth and youth in areas with high teen pregnancy rates.

Secor-Turner has been able to conduct her research since 2012 with a federal grant. She said she’s opted not to reapply for the federal grant, effectively ending the program once the current grant ends in September.

She said she made that decision in part because of the Legislature’s pushback against her work.

“As a researcher you all make choices, and knowing that it could potentially cost NDSU millions of dollars is something to consider,” Secor-Turner said.

In ND Abide By The Burn Bans OR You’ll Face Some HEAT!