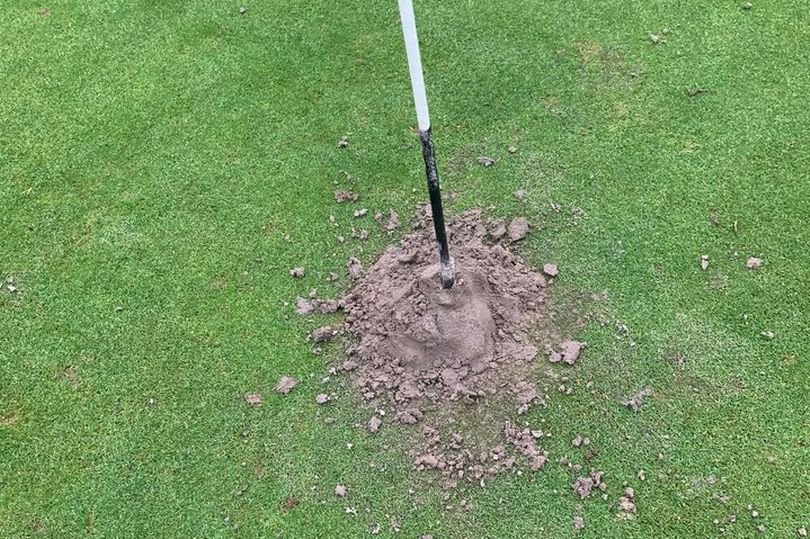 N.D. – Governor Doug Burgum has proclaimed April as…SAFE DIGGING MONTH!  And your little outdoor project could cost you a ton unless you CALL BEFORE YOU DIG!

By proclaiming it “Safe Digging Month”, government has checked all the boxes necessary to say that proper notification has been given to one and all, that any and all, hole digging shenanigans you’re attempting in your own backyard are yours to own exclusively.  Because, they told ya’ll about it.

Years ago, my dad, god bless his soul, ran across a gas line with a post-hole digger. Not to worry, he survived the incident and also survived the fine.

North Dakota law requires anyone conducting an excavation to notify 8-1-1 at least two days in advance of digging. Personnel will be sent to mark the locations of the underground facilities, typically within a couple of days. The markings are valid for 21 days after they are placed. This process is coordinated through North Dakota One Call. The Public Service Commission’s role is to enforce the requirements of the state’s damage prevention laws and take action when violations are reported to the Commission. The PSC can levy a fine up to $25,000 per violation depending on severity

So my dad was digging post holes and ruptured a pipeline. I’m sure, like father like son, he hit something and proceeded with a little bit of RAGE to make sure the next dig went through.  I’d jump up in the air and come down with both feet on the shovel!  That’s what I would do…rock can’t beat me!

So what my dad noticed was dirt actually being pushed out of the hole. Maybe he’d struck some sort of natural source of geological gas?

Or just plain old natural gas.  Or, so the guys from MDU explained to dad an hour later.  Since he was a naive dad-type, MDU didn’t give him “the shaft”.  They left him off with a “dumb-ass” warning.

Odds are, they’re saving that fine for you…

So when you’re going out to do fairly simple fence building, deck building, or I don’t know….flag pole digging. You get caught busting a line you could be fined up to 25 large!

Since 2009, the PSC has taken action in 244 cases related to violations of the Call-Before-You-Dig law. In total, approximately $328,250 in fines have been assessed against companies or individuals who have violated the law.