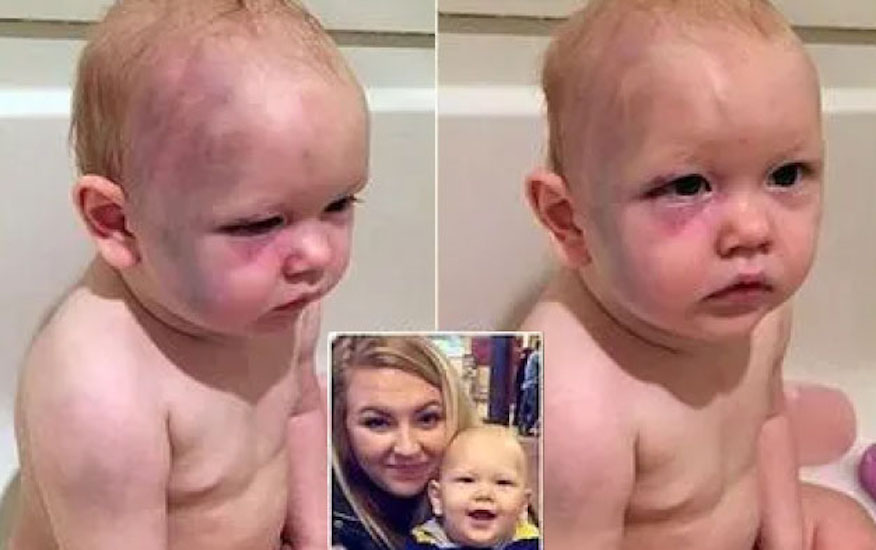 Per reports, both parents, Alicia and Joshua, noticed that their 1-year-old baby had a black eye after spending few hours with the 27-year-old babysitter, Markel. Both parents said that their son was with the babysitter and they were certain he had injured the baby boy. The morning after the babysitter had been in charge of the child, the couple rushed their baby to the hospital and filed a police report to make it clear that they meant business and were seeking justice for the harm their child had endured. The parents left the babysitter in charge of their baby while they went out on a date. It was a rare outing for the couple who were simply looking for some time together.

Apparently, the babysitter is a friend of Joshua, the father. He was arrested, but the charges against him were eventually dropped due to a ruling that stated that the victim must be able to describe the attack. Even though the 1-year-old baby had a black eye, bruises, and more injuries from the abuse, the baby was unable to speak, so prosecutors had to let the charges drop. That’s when the baby’s mother turned to Facebook to vent about the abuses his son had to endure.

“TWO months ago if not longer, my one-year-old son was smacked across the right side of his face by our babysitter (keep this person anonymous) to the point where MULTIPLE doctors (who in fact showed us handprints) and the detective said it could have killed him. After several days if not a week of being distracted at my job (only commission sales job and only source of income), we had a confession from the abuser saying they did it. STILL, this person was not arrested because they had to build a case and a jury to find him guilty BEFORE they go to jail. Side note if I’m not mistaken (if I strike a person in the face and the cops were called, I would be put in handcuffs immediately). After TWO months of waiting, we only find out that charges are dropped BECAUSE my one-year-old cannot tell you verbally he was abused, and my son did not show he was in pain OR that this person “intentionally” did this. I am SO furious that I’m not using profanity, HOPING something is done, and this goes viral.”

The family continued to look for justice, and detectives discovered that the babysitter had been drinking when he was baby-sitting the boy and his 3-year-old sister, leading him to lose control of his temper and slap the boy across the face. The then-27-year-old babysitter was sentenced to 3 months in prison and three years of probation. He must undergo an alcohol treatment program, anger management classes and can’t have contact with minors who aren’t related to him. Dear readers, we are republishing this story amid recent reports that child abuse has surged in the United States during the pandemic.

Man tried to 'indecently assault' woman, but she bit off a piece of him he’ll never be able to get back!

Man ignored mom all her life, but when he looked at her in her coffin, 'he realized something'!

Man realized his girlfriend is dead, ‘fulfilled his selfish desire’ before calling 911!

Grieving mother sings one last song for son moments before he died after a gang of youngsters did the unimaginable!

Farmer saw large snake spitting up his meal, devastated when he realized who is missing!