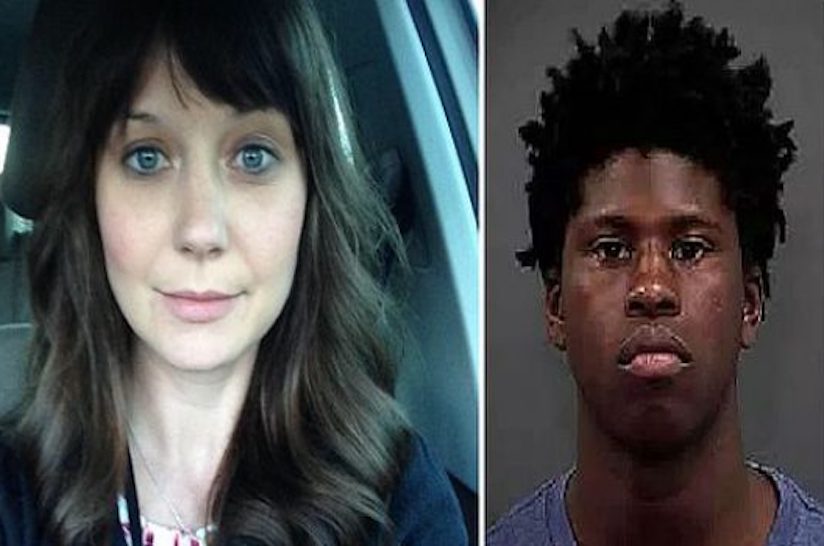 Man tried to ‘indecently assault’ woman, but she bit off a piece of him he’ll never be able to get back!

According to the court documents, the then-16-year-old suspect, Antoine, reportedly attemted to assault a female victim se-ually. Luckily, the 33-year-old woman, who was not identified because she is a victim of a se-ual assault., fought him off after he forced his way into her home with evil intentions. The 33-year-old victim told police that the man had broken into her home. She called the police immediately after the attack occurred to report it. She described that the man had knocked on her door again and again. Each time she heard the knocking, she opened the door to see who was out there and didn’t see anyone. That was a surprise to her because she kept hearing the knock, knock, knocking on her door. But no one was there.

Authorities said the 16-year-old tried to force his tongue down the woman’s throat, and that’s when she chomped down on it and cut through the predator’s tongue. On the final knock, the lustful teenager was standing there holding a knife with a white handle. He had anger in his eyes, and he bumped his chest forward so she could not slam the door on him. However, she tried and screamed “No!” while he was there standing in the doorframe brandishing the knife and ready to draw blood.

After he got into the door, he pushed his way inside the home and threatened the woman with the blade. Then he punched her several times and ordered her to “stop fighting, and I won’t hurt you.” The man then used his knife to force the woman to her bedroom. He tried to rip off her bottoms, but she kicked him in the groin, disabling him for a moment. At that point, he yelled, “now you have to die!” He then forced his tongue into her mouth. But the woman was not done fighting yet. With the knife up to her, she fearlessly “bit his tongue as hard as she could until she heard it snap.”

The man pulled away, writhing in pain. His tongue was still in the woman’s mouth. She ran downstairs and threw the chewed off muscle onto the floor in the kitchen. Then she ran to her car to try to escape him. She drove to local business, and there she called the police. Her phone and tablet were left at home because she had to escape the criminal as fast as she could. The would-be ra-ist escaped the house and ran to a local restaurant. The boy’s mother had called 911 and reported that her son was “not having a tongue and needing medical assistance.” The would-be ra-ist received treatment at the hospital. The man’s tongue was recovered from the bloody crime scene and placed on ice. However, it is unclear if doctors were successful in reattaching his tongue. Dear readers, we are republishing this story amid recent reports that se-ual abuse has surged in America during the pandemic.

Mother thought her toddler was stung by a wasp, 'until she took a closer look' and desperately called for help!

Parents wanted justice for what babysitter did to their baby, 'got rejected for odd reason'!

Man gropes and harasses women outside club, doesn’t realize ‘one important thing’ until it’s too late!

3 years after starving her baby, mom arrested again after police made a ‘gruesome discovery in her car’!

Woman was left stunned and screamed for help ‘when she finally realized why her lips started to rot’!

Husband left wife at 8 months pregnant, weeks later ‘she found this in the oven’!

Near death woman woke up from 6-week-long coma, ‘claims she received a chilling message from Jesus himself’!