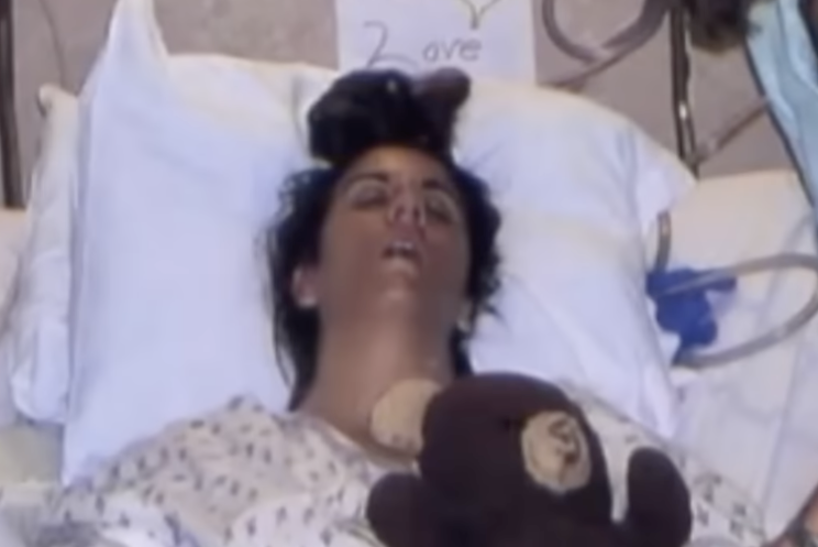 Woman woke up from coma after 3 weeks, left stunned ‘when she learned what her family did’!

According to her husband, Ryan, when he tried to wake his wife up, he was stunned when she remained unresponsive. The brave man administered CPR while he was on the phone with 911, with paramedics finally bringing his wife, Jill, back to life. The woman was taken to a hospital and placed on a respirator and a medical suit to reduce the damage her brain sustained because of the lack of oxygen. She remained in a deep coma for days, with doctors telling her husband that only one to two percent of similar cases recovered and lived normal lives. It turned out that she had a congenital condition that had stopped her heart.

Ryan reportedly said: “It was grim. I’ll put it that way. Everything they told me was grim.” Ryan kept a diary during the entire ordeal, with one entry reading: “Today could be the worst day of my life. I essentially have to decide whether or not she will die or not.” This entry was dated 11 days after his wife slipped into a coma. The next day, he wrote: “I know Jill wouldn’t want to live like this. She’s my soul mate and my wife, my everything in this whole world.” Shortly after, Jill and Ryan’s family arrived at the hospital to say goodbye, and at around 6 p.m., doctors disconnected Jill from the machines keeping her alive.

She didn’t die immediately, and Ryan returned to the hospice at 11 p.m. to keep her company. “About 11:45, she started getting restless. People told me they call it the last rally. When a person is about to pass, they tend to regain some body function, be able to talk or move — things that they hadn’t been able to do previously. I thought that was it, that was the last rally,” Ryan said. However, it became clear that she wasn’t just mumbling. Ryan recounted: “I asked her questions. Simple addition, what our phone number was, our dog’s name, our cat’s name. She answered them all correctly, all of ’em. And I knew, ‘This isn’t the last rally.’”

During an interview with TODAY, Jill reportedly said: When I was in the coma, I don’t remember anything. I don’t remember anything from the heart hospital. I do remember the big shower they wheeled me into every day. Other than that, I don’t remember anything. I did go to inpatient therapy, and I remember all of that. All of the nurses, and occupational therapists and speech pathologists — I remember all of them. They helped me tremendously.” “I have a little speech that I’m working on. And my short-term memory is off. But other than that, I am doing great,” she added. “We cherish each day, each minute, each hour now. Not that we didn’t before, it just puts it more in perspective. We just spend every minute that we can together — going to the grocery store now, we go together, go everywhere together. One of our friends, [said], ‘I’m so jealous. You guys are like newlyweds,’” Jill said, laughing. Dear readers, we are republishing this story amid recent reports around the country of congenital condition patients that have made miraculous recoveries against all odds.

Man ignored mom all her life, but when he looked at her in her coffin, 'he realized something'!

Man 'worked hard to get the perfect body', but doctors told him to stop or face certain death!

Restaurant is suing customer who left $3,000 tip, just wait until you see why!

Honest homeless man who returned $10k check to owner was stunned from what she gave him instead!

Female corrections officer had ‘encounter with inmate’ in front of 11 other prisoners, learns fate!

Woman visits hospital for swollen foot, doctors told her something she was not prepared to hear!

Man tries to ‘indecently assault’ woman, she breaks off a piece of him he’ll never be able to get back!

Woman discovers her dog covered in odd marks, stunned when the veterinarian tells her what they are!