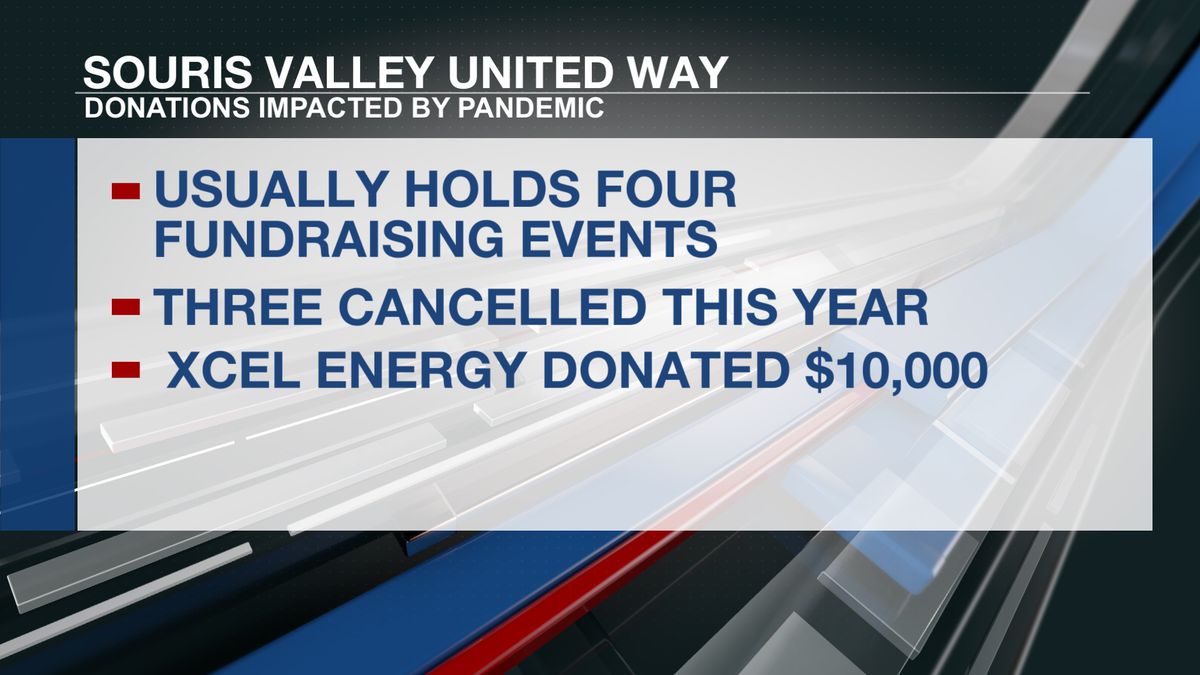 MINOT, N.D. – The Souris Valley United Way received a much-needed financial boost this week, after a year of increased needs and slow donations.

The non-profit usually holds four fundraising events throughout the year to support programs at local organizations like the Domestic Violence Crisis Center.

This year all but one of those events was canceled putting them about $80,000 behind where they were this same time last year.

Wednesday, the Xcel Energy Foundation pitched in $10,000, but that money will go directly to addressing housing and hunger issues.

“December is always a big month for us, and the giving has picked up a little bit this month. So, hopefully, we’ll get much closer to that goal than we had originally thought,” said Berg.

Berg added they are about nine percent behind where they were last year.

Minot to work with visitors bureau in expanding tourism events

Minot Area Council of the Arts allocates $15,000 from grant to support local artists