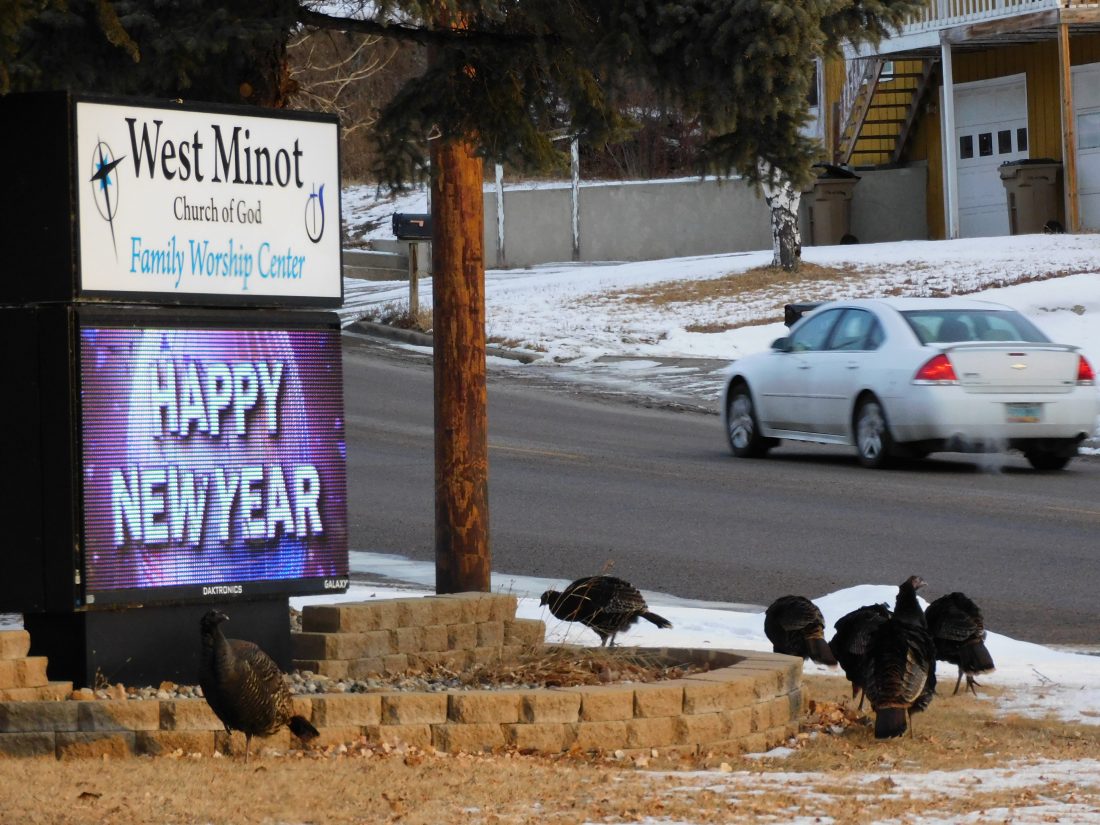 MINOT, N.D. – Their appearance in some areas of the city may be considered a novelty, but in other areas a nuisance. Turkeys have resided in Minot for years, particularly in the coulee areas of the northwest part of the city.

While the big birds get plenty of attention from passing motorists, many of whom delight in seeing them, having too many turkeys too often can be frustrating for homeowners who must clean up after the birds. Turkeys leave droppings behind and are known to scratch up lawns so vigorously that grass replacement becomes necessary.

“That’s one thing about wildlife in the city,” said Greg Gullickson, North Dakota Game and Fish Department. “Some enjoy it, others do not, especially if they are experiencing damage.”

The number of turkeys in the city currently is not considered to be out of the ordinary. Each year though, the City of Minot engages in a trapping program to keep the turkey population in check.

“We trapped and released turkeys last year,” said Mary Lovro, Minot Police animal warden. “We have several farmers who have asked that we release turkeys in their area.”

One of the problems in certain areas of the city is that turkeys are being fed, either intentionally or otherwise. Over-flowing bird feeders and apples that have fallen from trees are particular calling cards for turkeys.

“There is no feeding of wildlife allowed in the city, turkeys included,” said Lovro.

While Game and Fish is sometimes called on for assistance or advice regarding urban wildlife, such as turkeys, it is the Minot Police Department that takes the lead on animal control within the city.

According to Lovro, the city has had a turkey trap in place in recent days and will likely begin capturing turkeys this week or next. The birds are most susceptible to trapping when the weather is cold or snow cover is deep, neither of which has been the case recently in the Minot region.