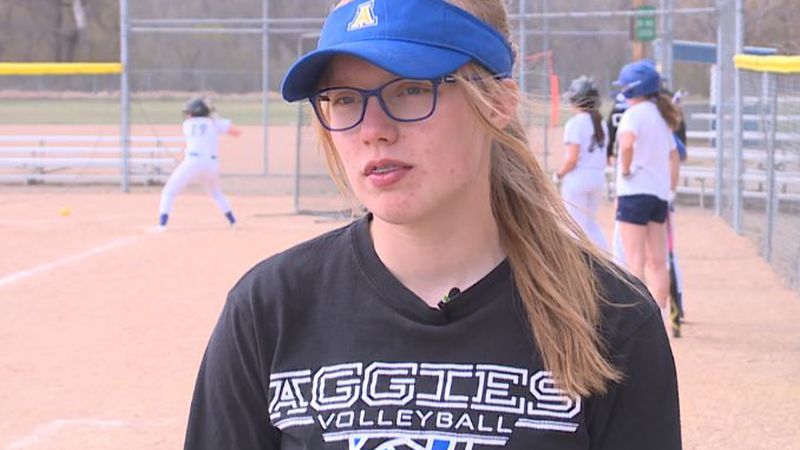 VELVA, N.D. – Velva’s Olivia Passa has been putting in the hours in the pitching circle.

“It’s a lot of the time not even just in the season, but in the summer going to pitching lessons and playing in tournaments with other teams,” said Passa, sophomore pitcher/outfielder.

Passa’s been able to fool batters in more ways than one.

“She’s got a nice changeup, and that helps a lot to make her fastball look faster to the batter. She’s also got a riseball and dropball that she’s been working on. Curveball has been a natural progression for her. She hasn’t really worked on it, but it has a natural curve,” said Fred Mueller, head coach.

Berkley Selzler has had a front row seat to Passa’s success.

She has really good speed, and I feel like that brings us higher than other teams because we have a really fast pitcher,” said Selzler, sophomore catcher.

Passa said she’s happy to see her hard work pay off, but knows that a team wins the State Championship.

“We have to have good defense too. You can’t just have one person doing it all,” said Passa.

Passa also gets it done in the batter’s box. She’s the Aggies’ leadoff hitter, leading the team in home runs with a batting average around .450.