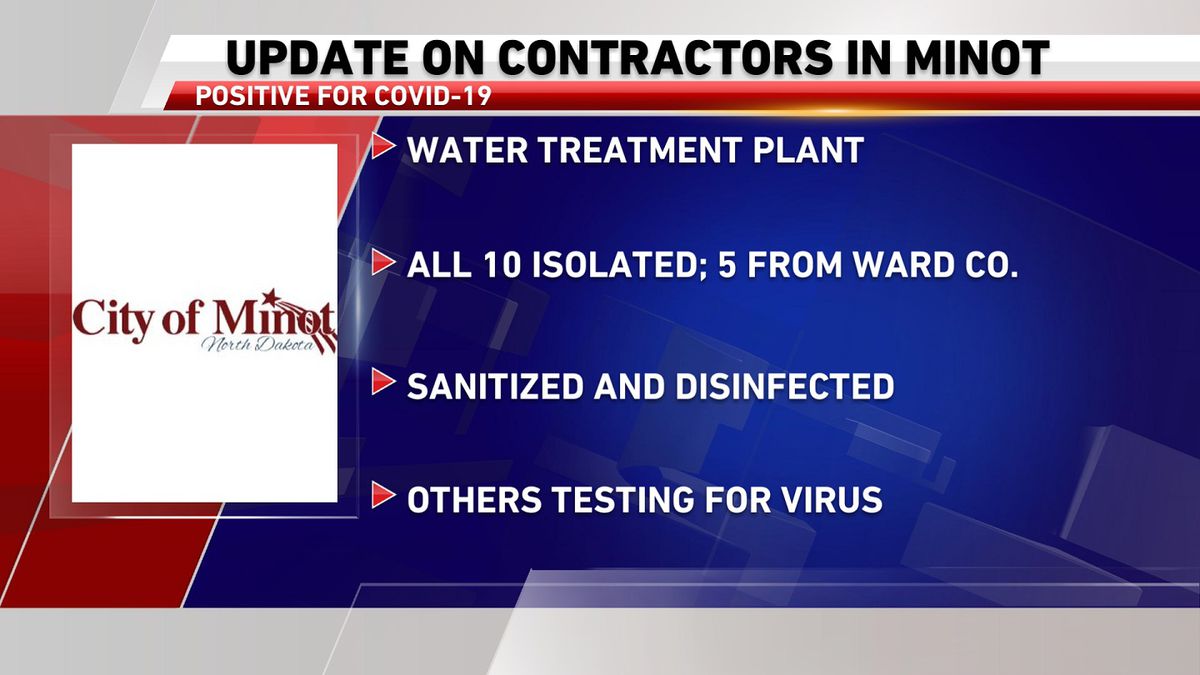 MINOT, N.D. – The city has identified the site where the 10 COVID-19 positive contractors were working.

Now all 10 are being isolated, and the facility is closed until it is sanitized and disinfected.

Lakefield said other contractors working on the site are not allowed to return until they are also tested for the virus.

“I know there was a mass testing event being held this afternoon, so they were all being encouraged to participate in that, and hopefully those results will be back early next week so they can be cleared to resume work,” said Lakefield.

A spokesperson for the city said the workers who tested positive were nowhere near the city’s current water treatment system, and it will not impact the city’s water supply.

None of the 10 positive cases were Minot employees.