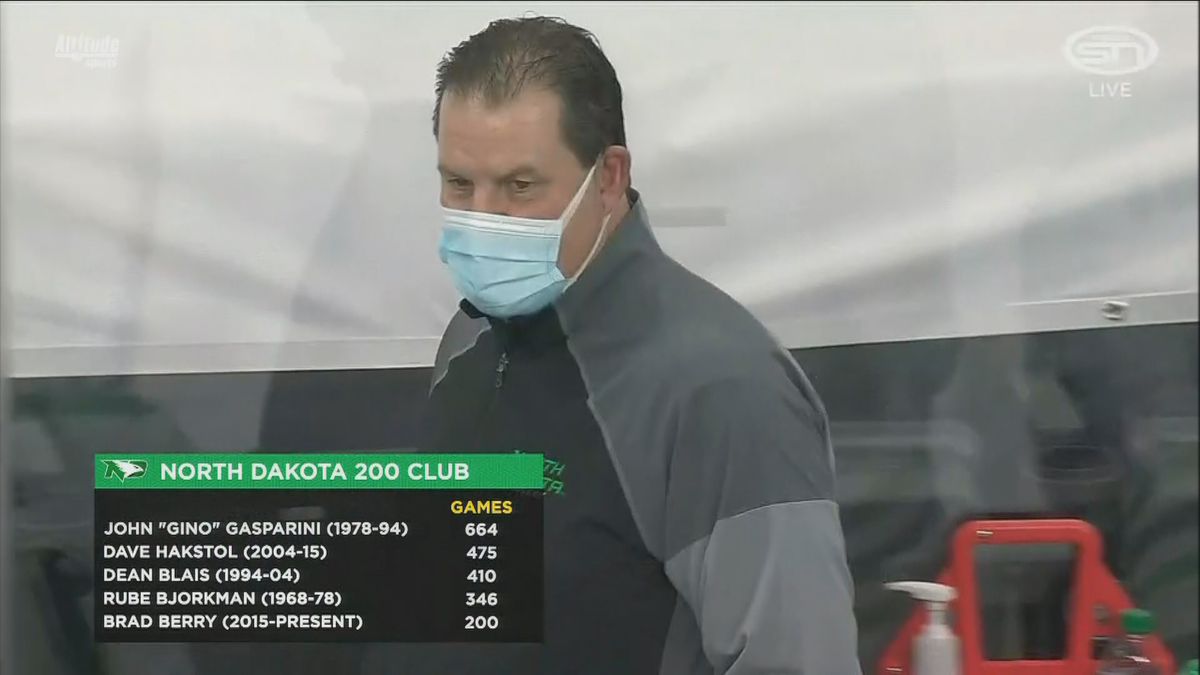 N.D. – If Friday’s opener with Omaha is any indication of what’s to come, the final month of the regular season will be action-packed. North Dakota and the Mavs began a stretch where the teams will meet six times over UND’s final eight games and the Fighting Hawks’ 6-2 win was hard-fought, scrappy and North Dakota actually trailed in the second period before five unanswered goals lengthened UND’s lead in the National Collegiate Hockey Conference.

Just 1:25 in the game, the Fighting Hawks gave themselves the early advantage. Shane Pinto came out of a tie-up in the corner and backhanded a pass to freshman Cooper Moore at the point. Moore fired a shot that traveled through tons of traffic but found its way past Isaiah Saville. It was his second goal in as many weeks and helped give the visitors an edge off the jump.

UND would find itself in the penalty box for 11 minutes in the opening period and the Mavs cashed in on one of the man advantages just under two minutes later to tie the score. It would stay there until UNO took the lead 2:06 into the second on a Martin Sundberg goal. But, North Dakota would finish the frame with goals from Pinto and Mark Senden and added three more in the third to run away with the 6-2 victory for its eighth win in 11 games at Baxter Arena this season (7-2-1 in the NCHC pod).

Pinto had a goal and an assist to give him a team-leading nine goals and 21 points. Grant Mismash tied Pinto in the goals column with his ninth while Moore, Jasper Weatherby, Senden and Judd Caulfield all scored as well for UND.

Vaccine rollout is on schedule in North Dakota