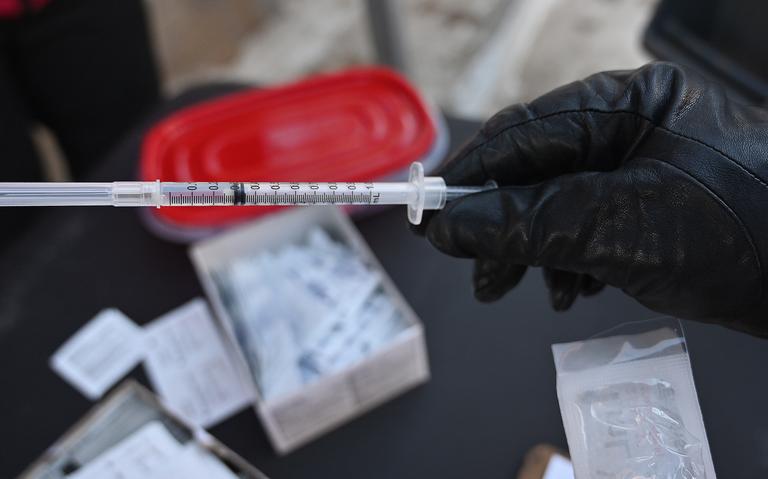 N.D. — More than 18,000 doses of coronavirus vaccine allocated to North Dakota are waiting in warehouses because demand has plunged and falls far short of supply.

“We have more supply than demand currently,” she said. “It’s definitely concerning that we have a vaccine that is going to save lives and prevent people from being hospitalized going unused.”

Administration of the single-shot Johnson & Johnson vaccine was placed on pause during the period when demand dropped sharply in North Dakota, but that vaccine accounts only for a small percentage of vaccinations, Howell said.

The drop in demand for vaccines coincides with a recent rise in hospitalizations for COVID-19. As of Wednesday, 49 North Dakotans were hospitalized with the illness, including seven in intensive care.

Younger patients, who are less likely to be vaccinated, are now showing up more often in hospitals. One patient hospitalized was in the 20 to 29 age range, five were 30 to 39 and seven were 40 to 49, according to state figures.

North Dakota isn’t the only state where the supply of the vaccine is now outpacing demand, Howell said, but public health officials and health providers are working to overcome vaccine hesitancy to try to achieve herd immunity.

North Dakota’s goal is to vaccinate 70% of the population — which some experts believe is the minimum to attain herd immunity — a high mark that public health officials knew would be difficult to reach.

As of Wednesday, according to the Centers for Disease Control and Prevention, North Dakota has vaccinated 49.3% of people 18 or older. That figure includes those vaccinated by the Department of Veterans Affairs and on military bases, which aren’t reported to the state.

By comparison, the average U.S. state has vaccinated 51.5% of those 18 or older, according to the CDC. North Dakota, once a leading state in vaccinating its population, now lags behind the national average.

This week, the North Dakota Department of Health is rolling out a “soft” launch of a $1 million public education campaign called “Let’s get the vax together” to encourage people to get vaccinated.

Public and private health care providers haven’t done a good enough job of communicating the effectiveness of the vaccine and the minimal risks from getting vaccinated compared to the risks of developing long-lasting symptoms or severe illness, Howell said.

In North Dakota, 99.93% of the population that is fully vaccinated has not contracted COVID-19, she said.

But for those who are infected and not vaccinated, Howell added, “The main message is you don’t know how COVID’s going to affect you.”

A major focus of the campaign will be to stress the advantages of getting fully vaccinated, such as being able to participate in sports and not have to be quarantined if exposed to an infected player, she said.

Providers in Fargo-Moorhead, including Sanford Health, Essentia Health and Fargo Cass Public Health, are expanding opportunities to make it more convenient for people to get vaccinated, including extending hours and offering walk-in opportunities.

Also, providers are working with employers to make it convenient for their employees to get the shot in an effort to encourage more people to get vaccinated.

Vaccine acceptance appears to be higher in the eastern part of the state. In Cass County, 132,422 doses were administered as of Wednesday, compared to 60,081 doses in Burleigh County. In Cass, 54.4% of the population has received at least one dose, compared to 44.7% in Burleigh.

Gov. Doug Burgum said North Dakota made significant progress in vaccinating vulnerable populations, but the effort to vaccinate the population continues as the pandemic is once again on the upswing.

“Nearly 70% of North Dakotans ages 65 years and older have received at least one dose of the vaccine, and 64% are fully vaccinated, including over 90% of long-term care residents,” Burgum said in a statement. “Our vaccination efforts remain a top priority as another wave of COVID-19 continues to spread across the country and world.”