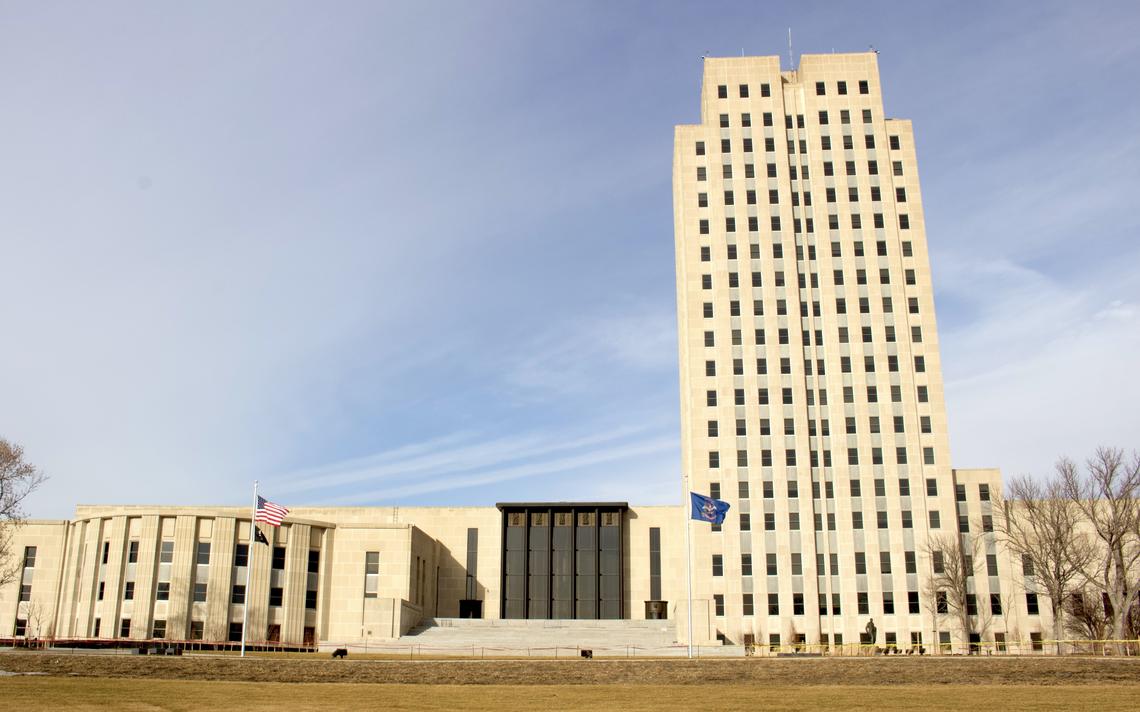 He’s a grandfather and a veteran and perhaps the quintessential small-town North Dakotan.

Probably not someone you’d bet on finding internet stardom, but then he put used a velvety purple Crown Royal bag as a face mask on the floor of the House and the image, particularly the one published on the front page of the Bismarck Tribune, became a bit of a sensation.

How folks reacted to this image is something or a Rorschach test for North Dakota politics.

Many of the reactions I saw, particularly among right-leaning North Dakotans, amounted to a chuckle at a moment of levity coming when we haven’t had a lot to laugh about.

Then there were the reactions from some left-leaning North Dakotans. A good case-in-point is this indignant tweet from former television news anchor (and self-styled humorist) Terry Dullum:

Because they were elected.

This sort of snobby disdain is typical of a small but active faction of our state’s body politic — people who seem to like North Dakota very much but aren’t so keen on North Dakotans.

I’m talking about politicians and academics and newspaper editors and, yes, even journalists (we’re reading your social media posts) who speak with loud voices.

These people are the base of the modern North Dakota Democratic-NPL, and their influence on that party is why it can’t win elections.

The strategy the Dem-NPL has been pursuing for a generation amounts to a lot of snotty messaging and public policy gotcha moments, intended to demonstrate what a bunch of stupid, uncaring morons Republicans are.

The Democratic-NPL supposes that it’s the voice of North Dakota’s people, but the people here have relegated them to a tiny legislative minority (the Dems don’t have enough butts in seats in either chamber to cover all of the committee assignments) and have denied them every single statewide elected office for more than a decade.

Yet liberal North Dakotans sit in their little blue islands of influence, centered on the state’s universities and tribal communities, and laugh at what a dumb bunch of rubes the Republicans are.

And then, on Election Day, those dumb rubes take them to them out behind the woodshed for another beating.

Yes, this is the culture war, and, yes, it matters.

Politics is downstream from culture. Accuse me of making too much of a bunch of mean-spirited social media posts, and maybe you’re right, but there’s no denying how hard it is for people to cast a ballot for a political party that spends a great deal of time mocking them.

Laugh at Wayne Trottier, sure, but remember you’re also, in a way, laughing at all of the people in District 19 who voted for him.

People, I’m sure the Democrats would like to win over for one of their candidates.

That’s not going to happen as long as Democrats and their North Dakota political base keep directing their messaging in a way that is more hopeful of getting a retweet from a New York Times columnist than resonating with North Dakotans.