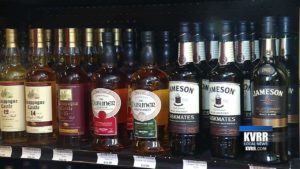 BISMARCK, N.D. – The North Dakota House has passed a bill to allow liquor sales on Sundays to begin at 8 a.m.

The measure passed 49 to 41, despite the “do not pass” recommendation from the House Judiciary Committee.

The bill was approved earlier in the Senate. Barring reconsideration, it now goes to Gov. Burgum.