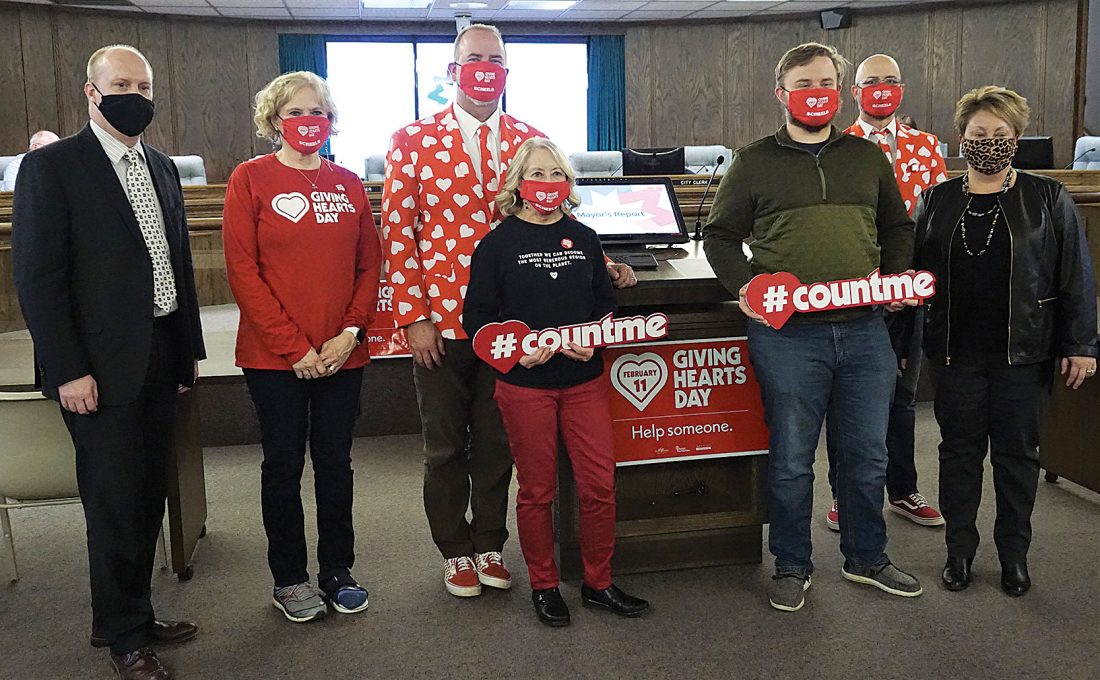 The Minot City Council voted Monday to keep existing requirements in place with modifications that make exceptions in cases of physical barriers or social distancing. For instance, barriers exist on the main floor of City Hall between staff and the public that preclude the need for masks, but council chambers, where visitors often can’t maintain six-foot distancing, is subject to the mask requirement. Masks remain required in all situations for the library, police and fire stations, airport and city buses.

Mayor Shaun Sipma lifted the citywide mask mandate last Friday, to the irritation of council members, who felt out of the loop on the decision.

“There is no compelling reason the mayor could not have waited an additional few days to bring this large decision to us,” council member Carrie Evans said. “When the council passed the ordinance extending emergency powers to the mayor, it did so to allow the mayor to act quickly and for the safety of the public. It remains unclear to me how lifting the mask mandate is such a pressing public health or safety emergency that it cannot be brought before a special meeting or today’s regular meeting of the council.”

Sipma, who was present by phone while traveling from Bismarck after presenting legislative testimony, said his decision was in part based on how Minot’s mask mandate would appear to lawmakers considering COVID-19 reactionary bills that limit or impact local government powers during emergencies.

“The mask mandate being taken out of our hands, I feel, would be substantially worse than repealing it at this point, at a time when our risk level is low,” he said by phone. “I would have preferred to see this mask mandate continue until vaccination was farther down the road. But with the risk level dropping and the other factors being what they are, I would like to have that option locally for a mask mandate if our numbers spur back up rather than having the Legislature strip local government of being responsive to their own community.”

He also indicated he was reacting to the risk level being lowered, hospital capacity being sufficient, the rolling 14-day infectious rate being under 5% and the vaccination progress moving forward.

“I prefer these types of decisions to be made with the full council. Given the nature of the political atmosphere in Bismarck, and the lack of timely communication from the governor’s office about upcoming changes, I felt it necessary to exercise the executive action,” he wrote in a letter to the council read by Council President Lisa Olson. “Healthcare officials continue to advise people to follow the recommendations of wearing a mask whenever around groups of people, practice personal distancing and good hygiene to limit COVID spread in the community. I’m encouraging people to follow those same recommendations that have been in place since COVID started impacting our community,”

Evans, the council’s vice president, said she was one of only two council members to receive an email from the mayor about the lifting of the mandate.

“If the other four members had not been forwarded that email, the odds were they would have found out about this unilateral action in a press release,” she said. “We did not pass this (emergency powers) law so the mayor can act unilaterally in nonemergency situations. It undermines democracy and the duly elected members of this council when the mayor uses powers granted to him in an inappropriate way.”

“I’m not challenging the decision at this point,” he said. “I again have no problem with the mayor having authority. But I would ask that when decisions are made, that the entire council be notified immediately – ideally that we have consultation.”

Evans initially moved to eliminate the mask requirement in city buildings, stating the city would be instituting a double standard, having lifted the citywide mask requirement. That motion failed 1-6 before the prevailing motion passed 7-0.

“It’s not our responsibility to tell someone how to run their business or how to protect their employees or their personnel or their customers,” council member Paul Pitner said. “This is our house. Let’s take care of our house and not worry about anybody else’s.”

Evans also noted the mayor and council had held off on lifting the citywide mask mandate because of the low vaccination rate, and she indicated that situation hasn’t changed. First District Health Unit reported Monday nearly 40% of the Phase 1B first tier – those aged 75 and older – have been vaccinated in Ward County. Health care workers, emergency responders and nursing home residents were vaccinated in Phase 1A.

Lisa Clute, executive director at First District, said medical facilities, public health and pharmacies are receiving vaccine on alternating weeks but do share among each other as necessary. Additional vaccine is being made available through other channels for veterans and military personnel.

“We have a very aggressive vaccination process through Trinity and the private health care providers going on across the district this week. We have some doses available this week. Next week we will do vaccine clinics Tuesday through Friday, and we are hoping that we will see the demand lighten on the 75 and older, and may be ready to move into the next group,” Clute said.

The next group is residents aged 65 and older with two or more high-risk health conditions, although Clute said there is discussion being held regarding that criteria. She said the next tier of vaccinations initially will be offered by healthcare providers by invitation. First District would open to appointments a week later. Residents should watch the website at fdhu.org for appointment information.

“We’re getting very busy with second doses now so you should start seeing that rate go up,” she said. First District has been holding vaccine allocations for those second doses.

The percentages are provided by the state based on its calculation method. First District has questioned the calculation but is using those numbers for now, Clute said.

Since the start of the pandemic through Tuesday, the State Health Department has reported 8,947 positive COVID-19 tests in Ward County. It listed 90 active cases as of Tuesday.

Clute reported First District is offering PCR tests Monday, Wednesday and Thursday by appointment at the health unit and Tuesday and Friday by walk-in at Minot State University.

The city continues to offer rapid testing at Fire Station No. 1. That project has seen a 9% positivity rate in completing about 600 tests per week, according to information provided to the council.

The council voted Monday to have the city pick up 25% of costs of rapid testing not covered by federal emergency dollars. Those costs have totalled $21,817 so far and are expected to reach $149,839.

Please, NDSU, Spare Us the Histrionics About Academic Freedom

Minot residents could see a possible increase in taxes