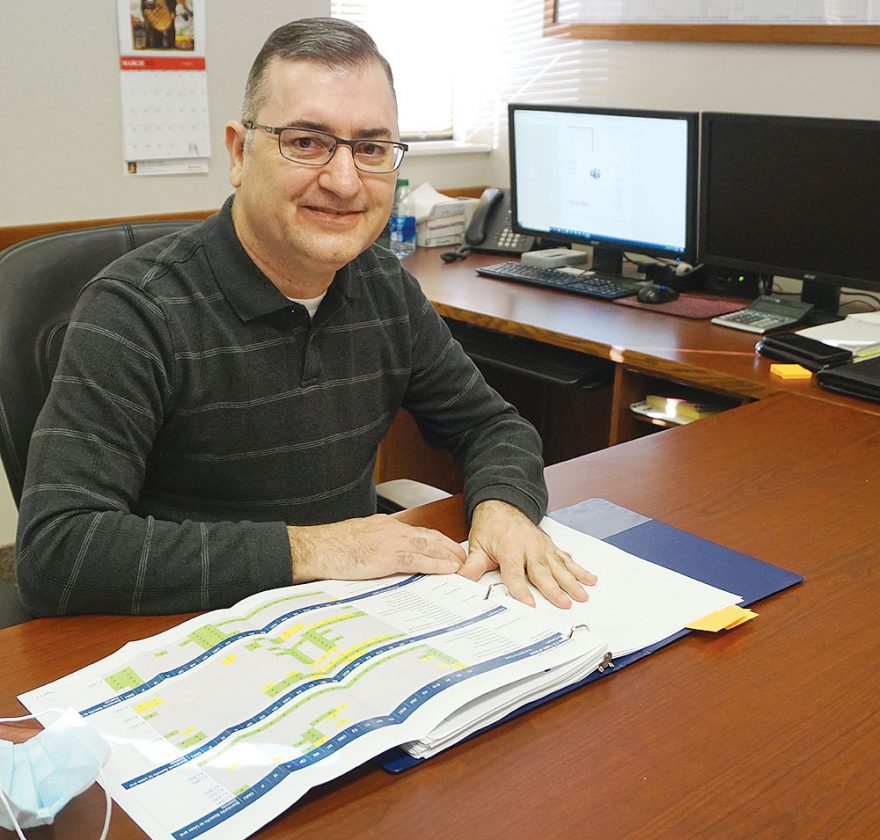 MINOT, N.D. – The update was a two-year project that rewrote many of the current zoning ordinances and packaged them in a more user-friendly manual.

The ordinance is generous with graphics, giving users a visual representation of zoning standards and the steps involved in processes such as seeking a variance or a permit. It also provides examples, such as pictures of downward lighting systems being encouraged and drawings to demonstrate how building setbacks are applied on properties.

“We tried to make this ordinance as easy as possible for the general public to interpret. We tried avoiding industry lingo and jargon and tried to simplify it as much as we can for the general public to use,” said Brian Billingsley, director of community and economic development for the City of Minot and co-chairman of the steering committee that worked on the revisions.

One of the proposed changes shortens the process of obtaining conditional or interim use permits. Currently, these requests are reviewed by the planning commission but then must be acted upon by the city council. Under the update, the planning commission has authority to give final approval to those permits. Applicants or others not satisfied with decisions could appeal to the city council.

An interim use permit is requested for a set period, such as temporary offices, summer amusement parks and seasonal farmers markets. A conditional use permit is required when a project is appropriate in a neighborhood but might have some impact, such as a daycare center in a residential area.

Rolly Ackerman of Ackerman Surveying & Associates served as committee co-chair. He told the planning commission Tuesday that protecting property rights was an important concern of the committee.

“The other thing that was really important to us was making the approval process more efficient. With the help of staff and Mr. Billingsley, we certainly improved that immensely,” he said. “It was always the intent of city staff and also our aldermen to be able to be more user friendly to the people who want to come and develop in Minot.”

Work on the zoning code update started in March 2019, with a four-month break in activity last year due to the COVID-19 pandemic. The committee worked with SRF Consulting, Bismarck.

“The sections I think we spent the most time working on were the land use table, the sign ordinance, the parking ordinance, the wireless facilities ordinance and administration,” Billingsley said. There were minor corrections and additions to the flood plain ordinance.

Billingsley added he was pleased with the input from outside groups into the revisions. In the case of the wireless communication ordinance, the committee adopted the code that SRF Consulting had recently completed for Killdeer but was aided by Minot airport and Minot Air Force Base representatives in including additional language to comply with Federal Aviation Administration rules.

The committee still intends to update the subdivision portion of the ordinance and hopes to have that work completed by the end of 2021. Work also remains to rewrite the city’s 2012 comprehensive plan, written just prior to the last major revision of the zoning ordinances. Billingsley said annual updates will be looked at to keep any new zoning ordinances current once the council finalizes a document.

The proposed zoning code revision is expected to go before the city council March 15 on first reading. If approved, it could come back for second reading and adoption on April 5. At that time, the new ordinances would be posted on the city’s website.

“Overall I think we’ve done a great job with this ordinance,” said Billingsley, who commended steering committee members’ efforts. “The best way to describe this is this is a product of collaboration, cooperation and compromise.”