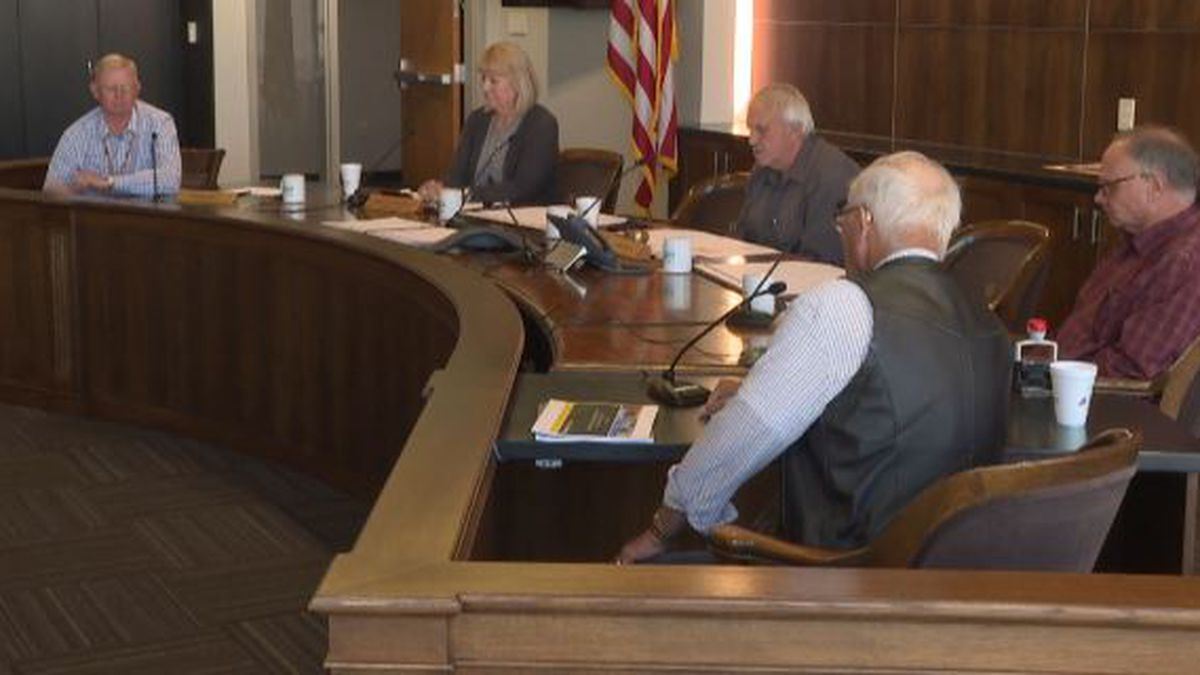 MINOT, N.D. – The primary elections are less than two weeks away, but Wednesday the Ward County Commissioners discussed a possible 11th-hour change to the format for voting which would have included in-person voting.

Voters in Ward County will have to take some additional steps this elections season after the Ward County Board of commissioners doubled down on their decision for 100 percent mail-in only elections.

The Ward County Commissioners called a special meeting Wednesday at noon to discuss the option of overturning a previous motion mandating all elections for the county be done by mail.

Travis Zablotney, a concerned citizen, spoke to the council about concerns for the possibility off voter fraud stemming from mail in only voting.

“I myself have my mother, my mother in law and my wife’s aunt all received ballot applications for their deceased significant others,” said Zablotney.

Commissioners spoke to County Auditor Devra Smestad about what preparations were needed to get an in-person polling place ready by election day.

Smestad said that due to staffing issues, complying with health guidelines and cancellations due to COVID-19, an in person polling location wouldn’t be possible on such short notice.

“These are all over and above what we normally have to do in less than two weeks’ time. And I said it’s the programming it’s the training. We in our office are not even totally trained on all of these election machines because our training was cancelled,” said Smestad.

The meeting ended with Commissioners upholding the decision to keep the elections 100 percent mail-in only.

But according to Smestad the returns for sent out ballot applications have been good so far.

Smestad also says that more than three thousand completed ballots have been processed as of Wednesday morning.

Ballots must be post marked to the county auditor’s office no later than June 8 or turned into one of the 7 drop box locations throughout the county by June 9 at 4 p.m.

Dickinson competes with state's best at meet in Minot