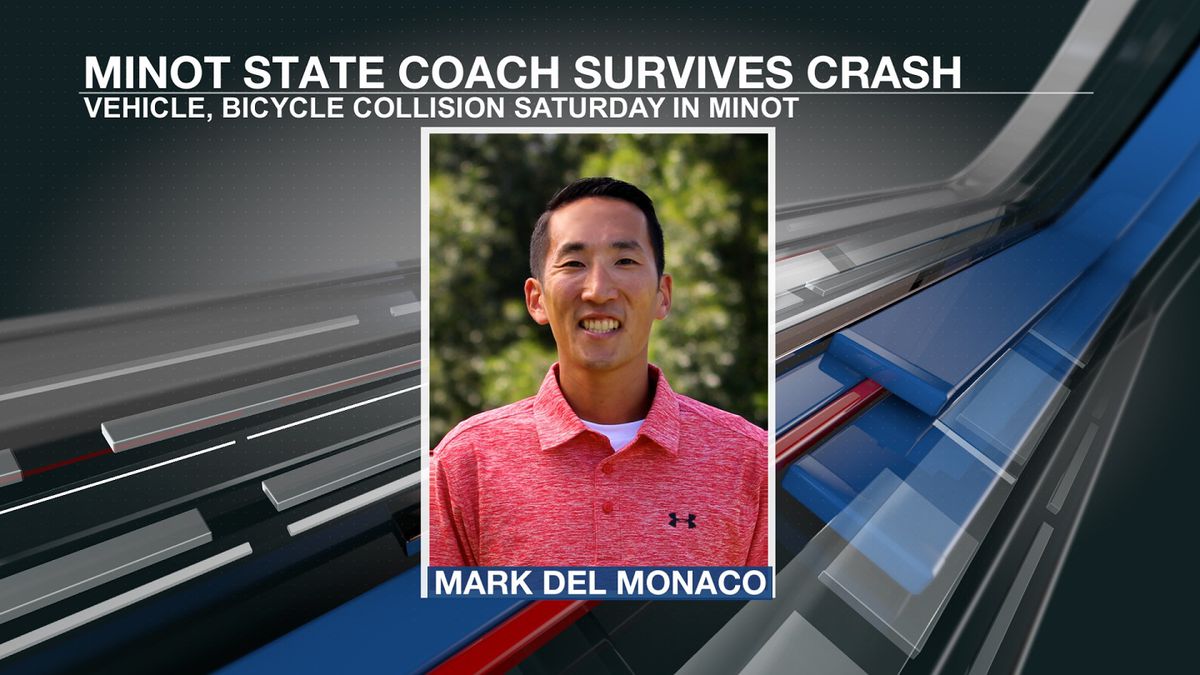 MINOT, N.D. – Mark Del Monaco, the head track and cross country coach at Minot State, suffered multiple injuries in a collision with a vehicle while riding his bicycle through northwest Minot Saturday evening.

Investigators said the boy had stopped at the 4th Avenue intersection and proceeded through, when he collided with Del Monaco, who was passing through the intersection while heading eastbound.

The 33-year-old Del Monaco was taken to Trinity Hospital for his injuries. Del Monaco told Your News Leader he suffered a broken scapula, microfractures in his nose and chest, a bruised lung, and received stitches on his chin and nose.

Del Monaco is in his fourth season coaching men’s and women’s cross country and track and field at MSU, according to the athletic department’s website.

Despite the injuries, Del Monaco said he hopes to be able to coach in the spring, and may even participate in a team meet this coming weekend.

A look at the new menu for the upcoming Vietnamese restaurant, Pho H&M

Trinity Health VP on opening vaccinations to everyone 16 and older