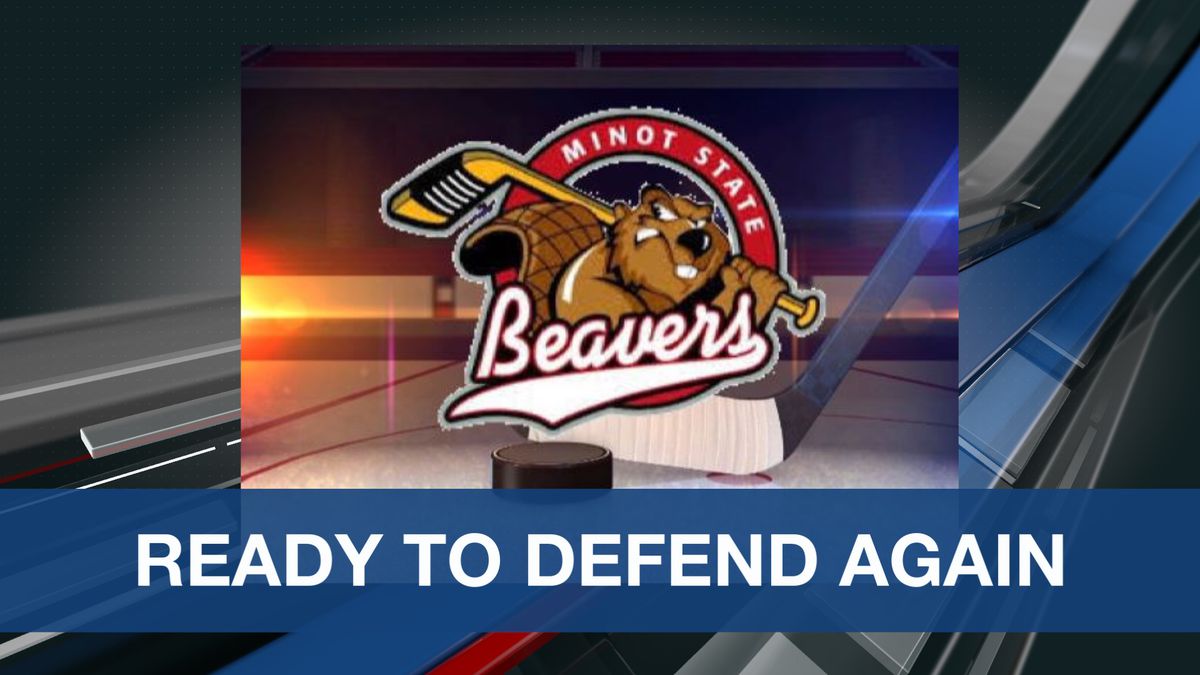 MINOT, N.D. – Sports came to a sudden halt a year ago when the COVID-19 pandemic began in the United States.

The Minot State men’s hockey team was preparing to defend its National Championship, but they’ve had to wait an entire year to do that after the 2020 tournament was canceled.

Players said the cancellation of the 2020 National Tournament was tough to take.

“It all just hit us at once, especially the seniors who put in four or five years and the freshmen who hadn’t experienced it yet. We’re chomping at the bit for this year,” said Dalton Dosko, sophomore forward.

After pro sports like the NBA and NHL suspended schedules, Adam Wowryk said the writing was on the wall.

“We kind of figured that we were going to be next, so our head coach Wade Regier called us the next day. We were supposed to practice, but he said the horrible news. We were all pretty devastated,” said Wowryk, senior right winger.

Wowryk said he even remembers a March game against Jamestown unceremoniously ending some of his teammates’ careers.

“That’s been the last time they’ve been on the ice even to this day. That’s how they went out, which really sucked for them. We want to go into this year’s Nationals and win it for them,” said Wowryk.

After a roller coaster season filled with regional schedule changes, the Beavers said they still believe in their repeat mission.

“We felt confident going into it last year, just like this year. It breaks a guy’s heart when you can’t go and do what you love to do at the highest level,” said Davis Sheldon, junior forward.

The ACHA is planning for each of its divisions to play national tournaments at centralized locations, rather than all five taking place in originally-scheduled Boston.