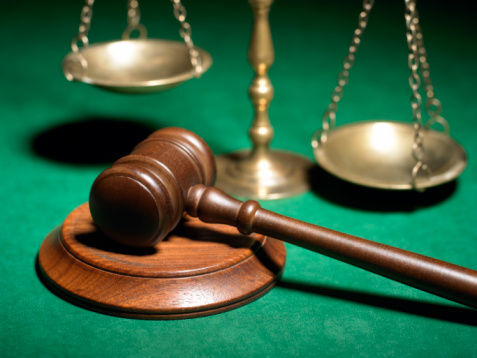 N.D. — North Dakota’s attorney general said Monday his office’s 18-month investigation into allegations of child sexual abuse by members of the state’s two Roman Catholic dioceses will not result in any charges because too much time has passed to prosecute the two lone living clergy members.

The investigation began when the Fargo and Bismarck dioceses provided a list of 53 clergy members who have had substantiated allegations of sexual abuse of a minor. Attorney General Wayne Stenehjem said there likely was enough evidence to charge the Rev. Norman Dukart of Dickinson and the Rev. Odo Muggli, an Order of Saint Benedict priest at Assumption Abbey in Richardton, but the statute of limitations has run out on their cases.

Muggli’s name was not on the original list but state Bureau of Criminal Investigation followed up on a lead during their investigation. When reached by phone Monday at Assumption Abbey, Muggli paused for several seconds when asked by The Associated Press if he wanted to comment.

“How would I respond? No, I don’t want to respond,” Muggli said.

Zach Hiner, executive director of the Survivors Network of those Abused by Priests, or SNAP, credited investigators with uncovering Muggli and said the fact his name wasn’t on the original list shows “the kind of hair-splitting that regularly happens” when bishops release lists of abusive priests.

“With every investigation that has been undertaken so far, more abusers have been identified and more patterns of deception on the part of church leaders have been made public,” Hiner said. “This is just another example of why such an investigation should be undertaken by attorneys general in every single state.”

Stenehjem said the North Dakota dioceses do not have jurisdiction over the Order of St. Benedict at Assumption Abbey.

A third priest who was investigated, the Rev. John Owens, died in October while the investigation was still ongoing, Stenehjem said. The other priests on the list were dead when agents began their probe.

“I regret it will not be possible to have these men face their victims at a trial and face the potential consequences, but I hope it brings a measure of comfort to the victims that these crimes were eventually investigated,” Stenehjem said in a statement.

Fargo Diocese spokesman Paul Braun said Stenhjem’s findings are “consistent with our own internal review” and the diocese will continue to follow legal civil reporting requirements.

A number for Dukart could not be found.

The North Dakota dioceses began compiling their lists of accused priests following revelations in Pennsylvania in 2018 that more than 300 priests had been credibly accused of molesting more than 1,000 children. The dioceses made their lists public on Jan. 2, 2020.

No distance learning during snow days for Minot Public Schools