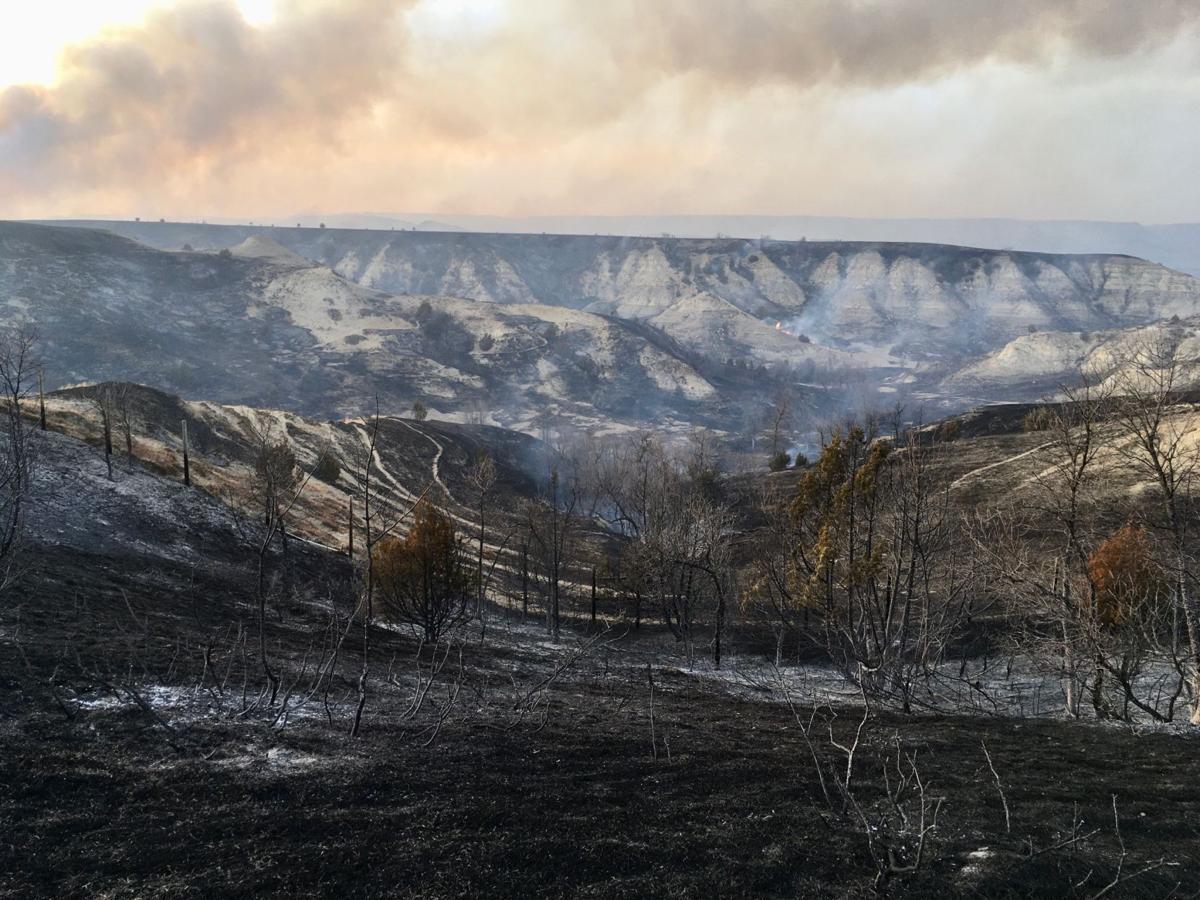 N.D.— Residents of a small western North Dakota tourist town forced to evacuate as a large wildfire approached have been able to return to their homes.

There were no reports of injuries or damaged structures in the community, which is on the doorstep of Theodore Roosevelt National Park. Crews spared the Burning Hills Amphitheatre, home to the Medora Musical.

The blaze started a few miles southwest of the city Thursday, with the wind blowing the flames toward the community, according to Misty Hayes, Medora district ranger for the Little Missouri National Grassland.

Officials said Thursday night that crews had stopped the blaze from spreading, the Bismarck Tribune reported.

A 45-mile (72-kilometer) stretch of Interstate 94, from Belfield to Beach, was temporarily closed but reopened Thursday night. Residents were allowed to return to their homes a short time later, said Beth Hill, acting outreach and education manager for the North Dakota Forest Service.

“It was an electrical line that sagged and arced and started the fire,” he said.

North Dakota has seen a growing number of wildfires with extreme drought conditions across the state. Burgum had placed the National Guard on standby earlier Thursday.

The National Drought Mitigation Center report shows nearly half the state is seeing drought conditions. The North Dakota Forest Service has tracked than 140 wildfires that have burned over 46 square miles (120 square kilometers).

In South Dakota, a wildfire threatened homes in Pennington County this week forcing residents in more than 400 houses to evacuate. The Sheriff’s Office said Friday all evacuations have been lifted in the Nemo area.

Mount Rushmore National Memorial reopened Thursday after it was closed because of the spreading wildfire.