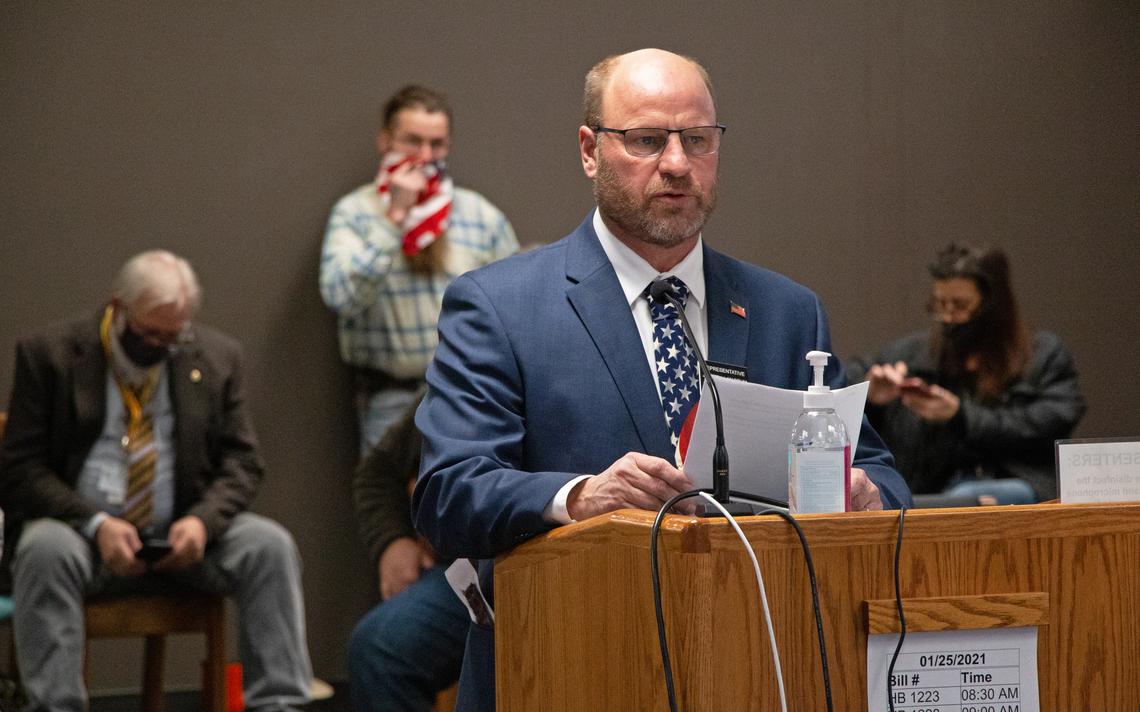 N.D. – A group of North Dakota Republicans has brought forward a bill that would prohibit jail and prison staff from hindering an inmate’s religious practices. The proposal would also bar top state officials from requiring churches and other places of worship to close during emergencies or natural disasters.

Rep. Steve Vetter said he introduced House Bill 1410 to cement in state law the religious rights of North Dakotans, including those behind bars. The Grand Forks Republican said the proposal isn’t a reaction to anything that has happened in the state during the COVID-19 pandemic, but rather it aims to prevent the violation of basic religious freedoms in the future.

The bill states prison or jail administrators may not “burden the exercise of religion by an offender in the custody of the correctional facility” under most circumstances. The proposal also says prisons and jails can’t deny clergy access to an inmate.

Ten other GOP lawmakers, including House Majority Leader Chet Pollert, R-Carrington, joined the bill as co-sponsors, and representatives of several religious organizations spoke in support of the legislation during a hearing in the House Judiciary Committee on Tuesday, Feb. 2. The committee did not vote on the bill Tuesday.

Several law enforcement and correctional agencies came out against the bill, saying it’s redundant with federal law and looks to solve a problem that doesn’t exist.

Burleigh County Sheriff Kelly Leben said the threat of COVID-19 caused an initial shutdown of religious services at the Burleigh Morton Detention Center last spring, but jail staff have since worked hard to meet the “spiritual needs” of inmates through private meetings and electronic communication with clergy.

He said no inmates have complained about their access to religious services or materials.

Leben noted he fears Vetter’s legislation would lead to an exploitation of visitation policies by family members of inmates who become quickly ordained as ministers online and claim they are legally allowed access to the jail or prison as clergy.

Molly Goebel, legal counsel for the state Department of Corrections and Rehabilitation, said federal law and the U.S. Constitution already afford the same religious rights to inmates that Vetter seeks to put on North Dakota’s books. Prisons and jails in the state have grievance processes to handle complaints, she added, but Vetter’s bill fails to mention them and could lead inmates to pursue more lawsuits instead of seeking solutions internally.

Vetter said he’s willing to work with the bill’s critics to incorporate the grievance process into the legislation, noting he doesn’t intend to make it easier for inmates to bring lawsuits or “game the system.”

Even if the requested changes were made, Goebel said she wouldn’t be comfortable with the bill because of potential unintended legal consequences that she did not specify. Vetter dismissed that argument as a “scare tactic,” noting the agencies “don’t want to be told what to do, but it’s our place as state lawmakers to set laws.”

A second part of the bill would forbid the governor or state health officer from infringing a North Dakotans’ right to practice religion during a state of emergency. Vetter said he intends to restrict officials from closing or limiting church services, though he noted North Dakota was “blessed” that Gov. Doug Burgum never took those steps during the pandemic.

Last year, New York Gov. Andrew Cuomo imposed occupancy restrictions at religious services to prevent the spread of the coronavirus, but the U.S. Supreme Court narrowly granted an injunction to stop the order after faith groups alleged their First Amendment rights had been trampled. Vetter said his bill aims to cut off that possibility in North Dakota before it ever comes up.

“I’ve been hearing my whole life how we need to separate church and state, so therefore why should the state be telling the church when they can operate?” Vetter said.

The American Civil Liberties Union of North Dakota opposed the idea, with Campaigns Director Elizabeth Skarin writing, “Religious freedom does not entitle religious institutions or individuals to receive special exemptions from the law if it would pose a grave risk to the health and lives of others.”