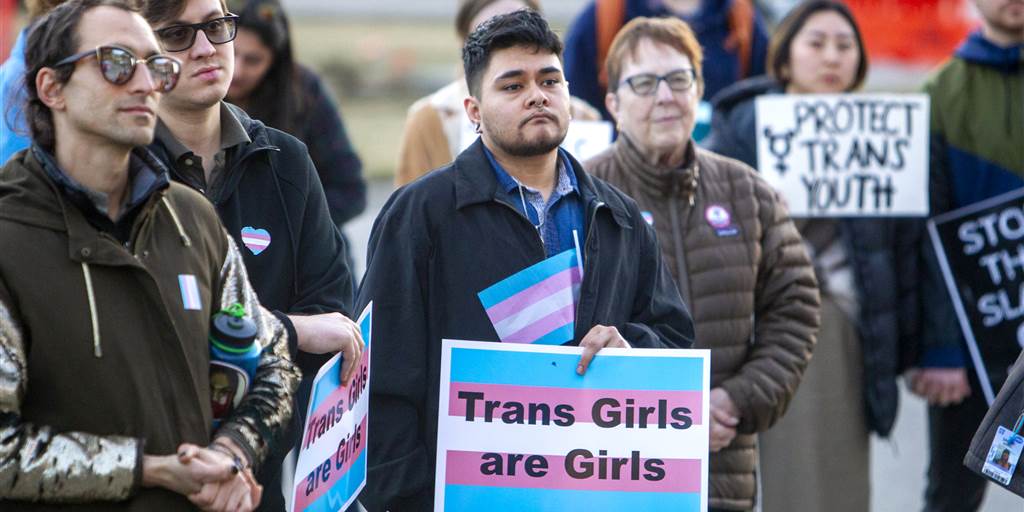 N.D. – As Republican legislators continue in their attempts to outdo one another in cruelty towards trans kids in their states, here’s some good news—on Wednesday, North Dakota’s Republican Governor Doug Burgum vetoed a bill passed by the state’s legislature banning trans girls from participating in girls sports.

In a statement announcing his veto, Burgum wrote, “North Dakota today has a level playing field and fairness in girls’ sports.” He, unlike his Republican counterparts who seemed to care solely about being as cruel as possible to trans kids, correctly pointed out that the state already has restrictive policies in place governing the participation of trans youth in high school sports, a policy that requires hormone treatment or suppression for at least one year before students are able to compete on teams according to their gender. As Burgum put it, “North Dakota has fairness in girls’ and boys’ sports in large part because of the caring and thoughtful leadership of the North Dakota High School Activities Association (NDHSAA) Board and its members.”

Whether the existing policy is fair or not—and I would argue that we should just let kids play, full stop, and that requiring treatment is a barrier that automatically excludes a lot of trans kids who don’t have access to gender-affirming care—is a separate question! Burgum noted that under the existing policy, no trans girl has ever tried to play on a girls’ sports team in the state, which both highlights how the legislation was an unnecessary exercise in discrimination and also points to the reality that perhaps the existing policy should be loosened.

What Burgum didn’t note in his statement was the likelihood that the state would be sued if he signed the bill into law, which is exactly what happened last year when Idaho passed a similar bill.

Whatever his motivations, trans rights advocates applauded Burgum’s veto. It “sends a loud message to other lawmakers across the country considering similar legislation: Stop the attacks on transgender youth,” Tri-State Transgender President Katrina Koesterman said in a statement.

This year, three states—Mississippi, Arkansas, and Tennessee—have already passed similar legislation banning trans girls from playing on sports teams according to their gender. As for the other states that are contemplating codifying discrimination against trans youth into law, Texas’s version now appears unlikely to pass, as does Florida’s version. A recent poll found that two-thirds of all Americans across the political spectrum oppose these bills.