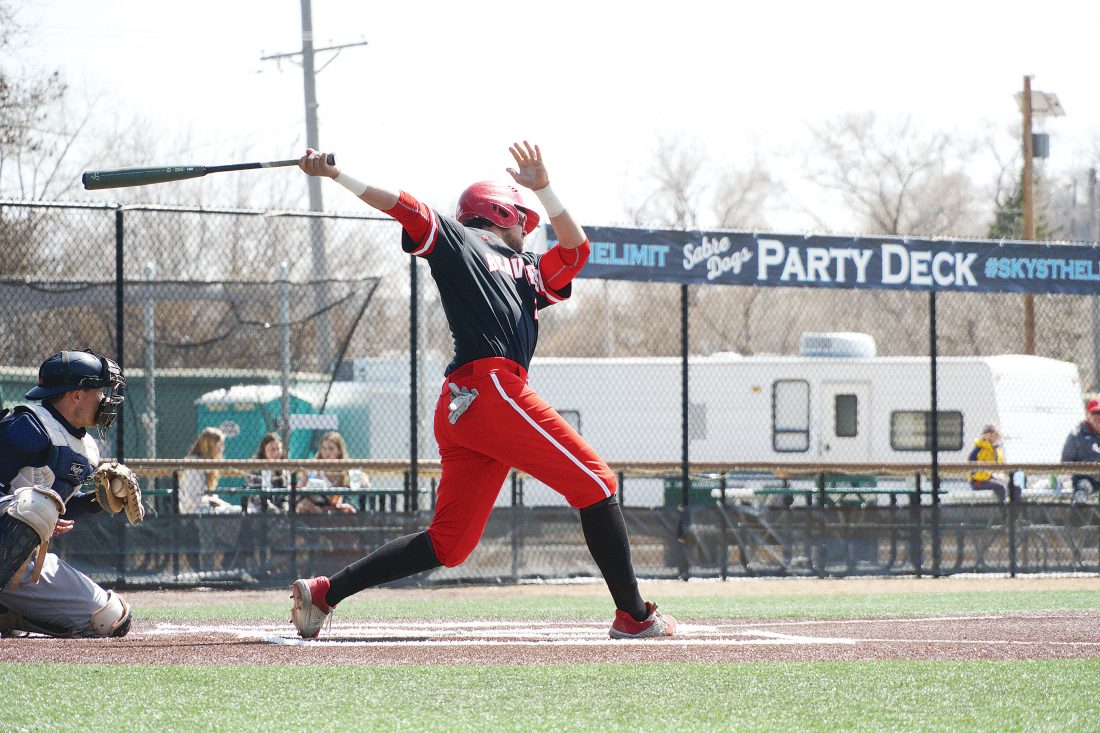 MINOT, N.D. – On Wednesday, the Minot State Beavers went on the road and swept their namesake from Bemidji State in doubleheader action.

MSU beat Bemidji 8-6 in the first game, and 4-3 in the second contest of the day. As a result, the Beavers improved their record to 22-14, and 20-11 within NSIC conference play. The sweep also marks four wins in the last five games for Minot State.

In the opening game, MSU fell behind 1-0 in the first. Afterwards, the Beavers posted three runs in the second. Right fielder Drew Behling’s two-run triple gave the Beavers their first lead of the game, and third baseman Tyler Wiltshire recorded an RBI double later in the frame.

From there, Bemidji added two in the third, and a run in the fourth to re-take the lead at 4-3. In the top half of the fifth, the MSU offense exploded for five runs as Kaiden Cardoso, Matt Malone and Kellen Peat each contributed with RBI singles. After reaching base, Malone and Peat would later score a pair of unearned runs for the Beavers to extend their lead to 8-4.

On the mound, Zach Newman earned the win for MSU and improved his season mark to 3-4. Newman tossed four innings, allowed five earned runs on seven hits and struck out two. Aaron Kern notched his seventh save of the year as he struck out the side in the seventh and final inning. Offensively, Minot State collected nine hits compared to 10 for their conference foe.

The second game also went to the Beavers as they went on to defeat Bemidji 4-3 in nine innings. MSU drew first blood in the second with three runs in the frame. Wiltshire knocked in the first run with an RBI single, and Malone followed suit with an RBI base hit of his own, driving in Ryley Humrighouse from third. Also on the play, Wiltshire came around to score thanks to a fielding error by Bemidji.

Following a two-run inning in the bottom of the second by Bemidji, Minot State added a run in the third off the bat of center fielder Jake Collins who connected on an RBI double to make the score 4-2. As a team, Minot State collected nine hits compared to five for their Minnesota rival. Starting MSU pitcher Blake Gallagher tossed seven innings and recorded seven strikeouts while allowing two earned on four hits. Meanwhile, Kern notched his second save of the day, and eighth of the season. In the two games combined, Kern struck out all six batters he faced.

Next up on the schedule, the Beavers will host Minnesota Crookston for a three-game set this Friday and Saturday at Corbett Field to close out the regular season. MSU’s first game on Friday is slated for a 1:30 p.m. start time, with the second game scheduled to begin at about 3:30. Then on Saturday, the two teams plan to meet at 12. It will be MSU’s last series before beginning the NSIC Tournament on May 13.

Badlands Circuit Selects Bucking Horses, Bulls of the Year and the Finals