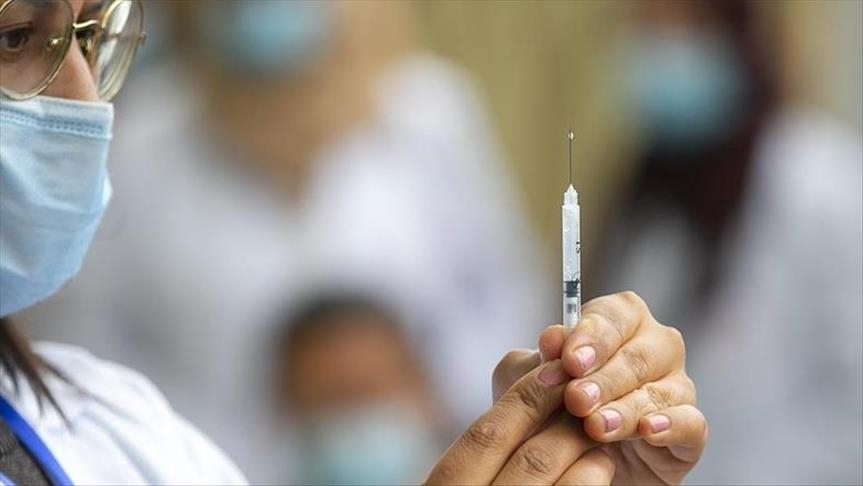 North Dakota’s Republicans Need to Begin a Campaign for Vaccination

N.D. — Yesterday, we learned from a U.S. Census survey that North Dakota is quickly becoming a national leader in skepticism of the COVID-19 vaccines.

According to an analysis by Axios, only Wyoming (26.8%) and Mississippi (24.3%) have lower percentages of unvaccinated citizens saying they won’t get a vaccine.

It’s not a proud development, and per the survey trends, public sentiment in our state is not headed in the right direction.

We are quickly running out of willing people to vaccinate.

The campaign to persuade the skeptics has to begin now.

The debate around COVID-19, from masks to vaccines, is intensely partisan. A Pew Research poll from earlier this month showed a big gap between the number of Republicans who said they have received, or will receive, a COVID-19 vaccination (56%) and the number of Democrats (83%) who said the same thing. All skeptics of the vaccine need to be convinced, but there’s no denying that those skeptics most lean right in their politics.

Republican leaders are best positioned to reach them and convince them.

Democrats can play a role too — there are liberal vaccine skeptics too, after all — but there’s no getting around the fact that the average North Dakota voter doesn’t trust Democrats, as evidenced by the fact that they don’t elect many of them.

They need to act, and they can’t let the potential for political blowback be an excuse. Being a leader isn’t an exercise in doing whatever might be popular with voters at the moment. Sometimes it means saying and doing unpopular things because they’re the right things.

What can Republican leaders do?

Get vaccinated, for one thing. The vaccine is now available to every single adult in the state. If they haven’t received a shot, they should get one and be noisy about it. Write about your appointment on social media. Post pictures of you getting your shot. Describe your experience. And, most importantly, encourage others to get the shot. Or, at the very least, to talk it over with their doctors.

Gov. Doug Burgum and other members of his administration made a lot of noise about getting their shots. Sen. John Hoeven and Congressman Kelly Armstrong have received their shots as well, and last I heard, Sen. Kevin Cramer was scheduled to get his.

These men should continue to talk about the vaccination. They should work an encouragement to get vaccinated into every speech and interview they do. NDGOP Chairman Rick Berg should use his platform to push vaccinations. The Republicans elected to statewide office, and the Legislature should also be talking about vaccinations.

And they shouldn’t be afraid to make it political. District party chairs could organize vaccination trips, encouraging local GOP’ers to make appointments together to get the shots. Maybe the party could invite people to the NDGOP headquarters in Bismarck to get the shot.

The symbolism would be worth it.

Many of the loudest anti-vaccination voices on the right are also die-hard Donald Trump supporters, but remember that the fast-forward push to develop vaccines began under the Trump administration.

Love Trump or loathe him — and I’m definitely in the latter category — his people created Operation Warp Speed which helped facilitate the vaccines’ creation. Joe Biden‘s administration has tried to throw dirt on Trump’s success in pushing for a vaccine, but even the national news media, which was overtly hostile to Trump and far more sympathetic to Biden, hasn’t been buying it.

It’s more than a little weird for Trump’s supporters to simultaneously question the vaccine’s efficacy even while demanding that Trump get full credit for it.

If calling it “Trump’s vaccine” will result in more people acquiescing to a shot in the arm, then let’s do it.

Who cares who gets the credit, as long as people are getting vaccinated?

There’s a limited government argument to be made for vaccines, too. Every new shot is a step toward a future when we can do away with pandemic-era restrictions and get our lives back to normal. Every new shot renders fraught debates over policies like vaccine mandates or vaccine passports less important.

Barring very specific, very uncommon medical situations, getting vaccinated is the right decision for us as individuals and our communities. Fighting the campaigns of ignorance against vaccinations can feel like a daunting task, and some people may never be convinced, but there are many more who can be persuaded.

Given the realities of this intensely political time in our history, nobody in North Dakota could do that better than our Republican leaders.

Join in the conversation at 2 p.m. as conservative Rob Port debates a liberal media personality in first episode of 'Plain Talk Live'