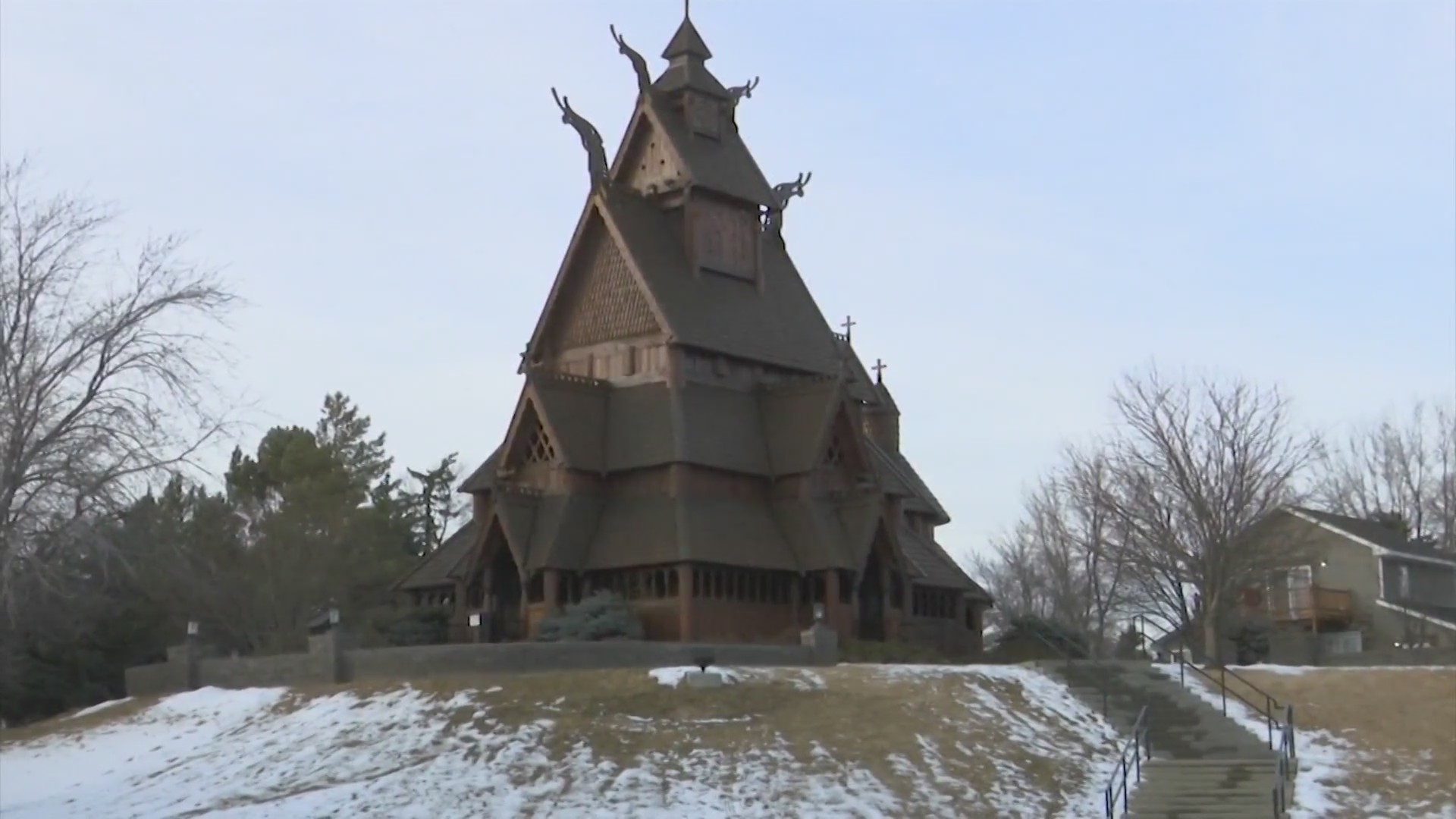 MINOT, N.D. – For many years, organizations like the Scandinavian Heritage Association in Minot have made it possible to still view and cherish Scandinavian history here in North Dakota.

But the challenges of being a non-profit play into a factor in preserving artifacts and keeping history alive.

When you’re traveling through Minot there’s one place you won’t miss, the Scandanavian Heritage Park off of Broadway.

Keven Davick currently serves as the Vice President for the Scandinavian Heritage Association.

“The park itself is a celebration of the Pioneers, the Scandinavian Pioneers that came to the area early on,” Davick said.

“It’s the only one in North Dakota and is only one of seven in the United States.”

And even the Sigdal house, a 230-year-old plus house from Vatnas area of Sigdal Norway, which was selected to be representative of a typical house from old-time Norway. It was restored according to museum standards, dismantled, and carefully shipped to Minot. The restorators came from Norway and reassembled the home and the house was dedicated on October 15, 1991.

“This is one of the, if not, the earliest dated wooden structure in the state of North Dakota,” Davick said.

The non profit is in charge of preserving these rich pieces so that they can be continuously explored.

“I believe that history is an educator and an important tool for us to appreciate, understand, and then make decisions for the future,” he said.

But being that the association is a non-profit, the bills for upkeep runs a toll.

“It’s a big undertaking. We do have a budget and we do take it very very seriously.” Davick said.

Keeping history alive is no cheap task, preservation projects can run up to $30-40,000 dollars
and with COVID-19 having its way, the park has been forced to cancel many events that bring in revenue.

On top of that, one of their major cancelations last year, the Norsk Hostfest, which brings in thousands from around the world to Minot.

“It heightens all of the activity in the park and then we’re able to remain throughout the rest of the year,” he said.

Now, they’re looking to the community to step up, and get more involved.

“Our givers are passing on and our numbers are dwindling,” Davick said, “we need to share the goodness of the mission that was here because it’s as relevant to us today as it was to them then.”

Whether you donate money or time it all counts to keeping history alive.

“Because if we don’t keep them up they will not be here for the future.” he said.

He says he also credits the Minot Air Force Base for all they do as well.

More people in Minot are getting their flu shot

Bismarck mayor weighs in on refugee resettlement ahead of possible vote