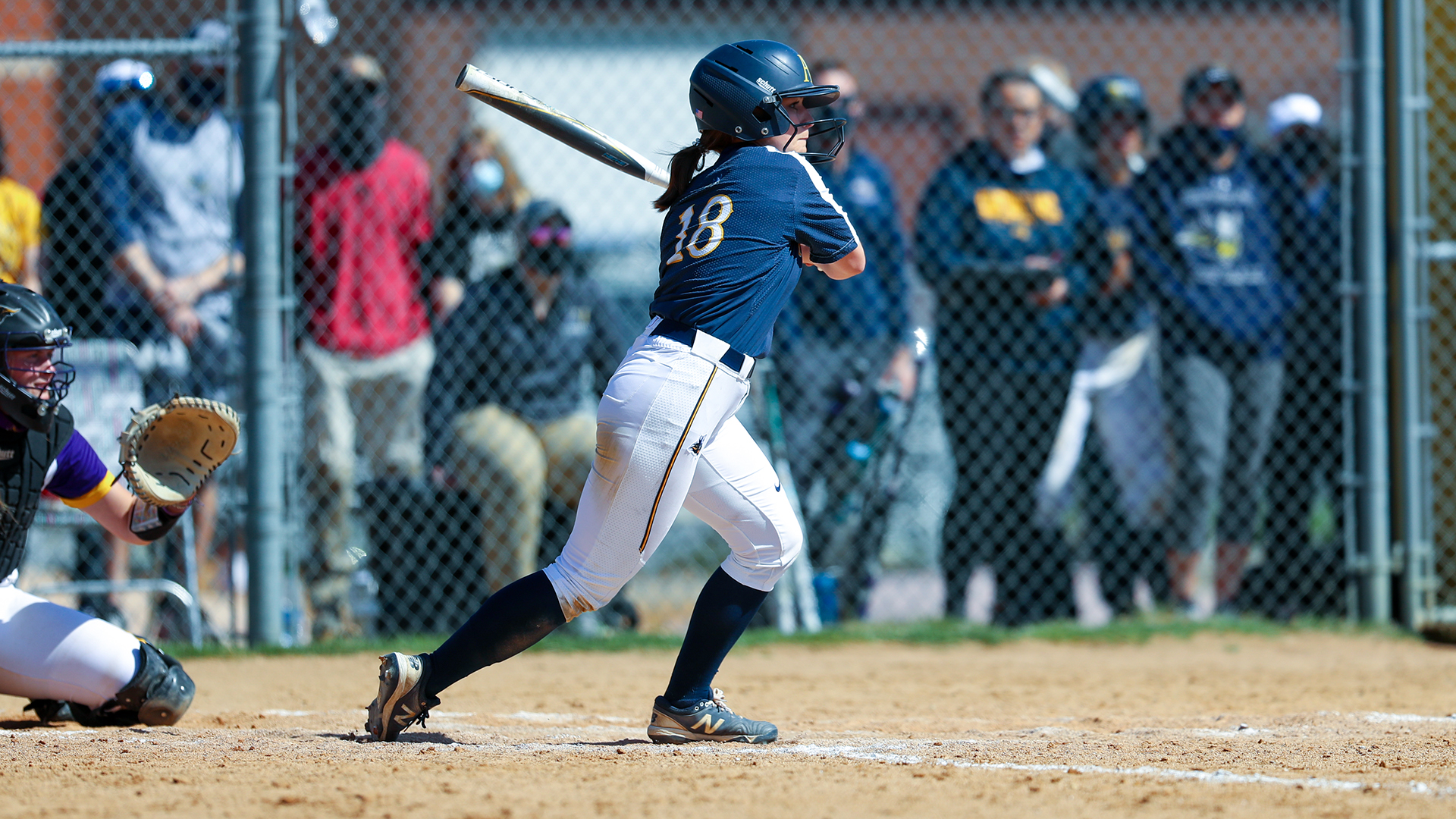 MINOT, N.D. – The No. 1 ranked Augustana softball team pushed its win streak to 11 games with a sweep over Minot State on Saturday. The Vikings toppled the Beavers 11-2 in game one and 4-1 in game two in the Air-Supported Dome in Minot, North Dakota.

Augustana moves to 25-3 on the season and remains in first place of the NSIC with a 13-1 record.

Abbie Lund had arguably her best doubleheader of the season, going 5-for-8 and scoring three runs for the Vikings. Abby Lien knocked her seventh home run of the season over the fence while Gracey Brink tallied four RBI over the two games.

Game One: No. 1 Augustana 11, Minot State 2
The Vikings jumped out to a 4-0 lead over the first two innings and piled up runs in the fourth, fifth, sixth and seventh while Ashley Mickschl allowed just four hits while striking out four in the win.

With the bases loaded, Delaney Young was hit by a pitch which scored Mary Pardo from third base after reaching base on a single. Gracey Brink made it 3-0 as she singled into left field, scoring Kendall Cornick and Abby Lien.

In the second inning, Abbie Lund scored on a single from Mickschl for the 4-0 lead.

The Beavers tallied two runs in the bottom of the second, both unearned, to cut the lead in half.

It was a double steal and a steal of home from Cornick that brought the score to 5-2. Cornick’s swiping of home plate was her 24th steal on the season as Chute took second base, her third stolen base of the season, on the same play.

The final runs of the game came off a single from Taylor Bross, scoring Becca Koupal and Bergen Lindner. In her last two at-bats, Bross has totaled four RBI and five total bases.

Augustana tallied 13 hits and took the patient approach for 13 walks against no strikeouts in the game. Lund led the way for AU with a 4-for-4 game at the plate while Abby Lien drew five walks, a new single-game school record. The 13 total walks are also a school record for a team in a game.

Pardo and Brink each recorded 2-for-4 games at the plate with two runs scored.

Mickschl continued her strong presence in the circle walking none. The contest marked the fourth-straight that she has not thrown four balls to a hitter.

Game Two: No. 1 Augustana 4, Minot State 1
In what was an uneven contest in game one, game two leveled out with each team tallying five hits. However, it was the Vikings, who scored in the first three innings, that came out on top with Amber Elliott taking care of the rest in the circle.

After Mary Pardo drew an opening walk and stole second base, she was pushed to third base on a passed ball and scored on a single from Gracey Brink. The second run came on a heads-up play from Brink as she was standing on third base after stealing second and moving to third on a passed ball. She then took home on a wild pitch for the 2-0 lead.

Minot State cut the deficit in half as Isis Cabral doubled into center field, scoring Jazmin Karunungan who had reached base on a bunt.

Augustana scored its third run of the game as Brink grounded out to second base but pushed Amanda Dickmeyer across home plate.

The final run of the game came courtesy of a home run from Abby Lien as she sent the ball over the center field fence.

Elliott allowed just one base runner the rest of the game as she picked up her NSIC-leading 13th win of the season. She struck out seven Minot hitters against just one walk while allowing just the one run.