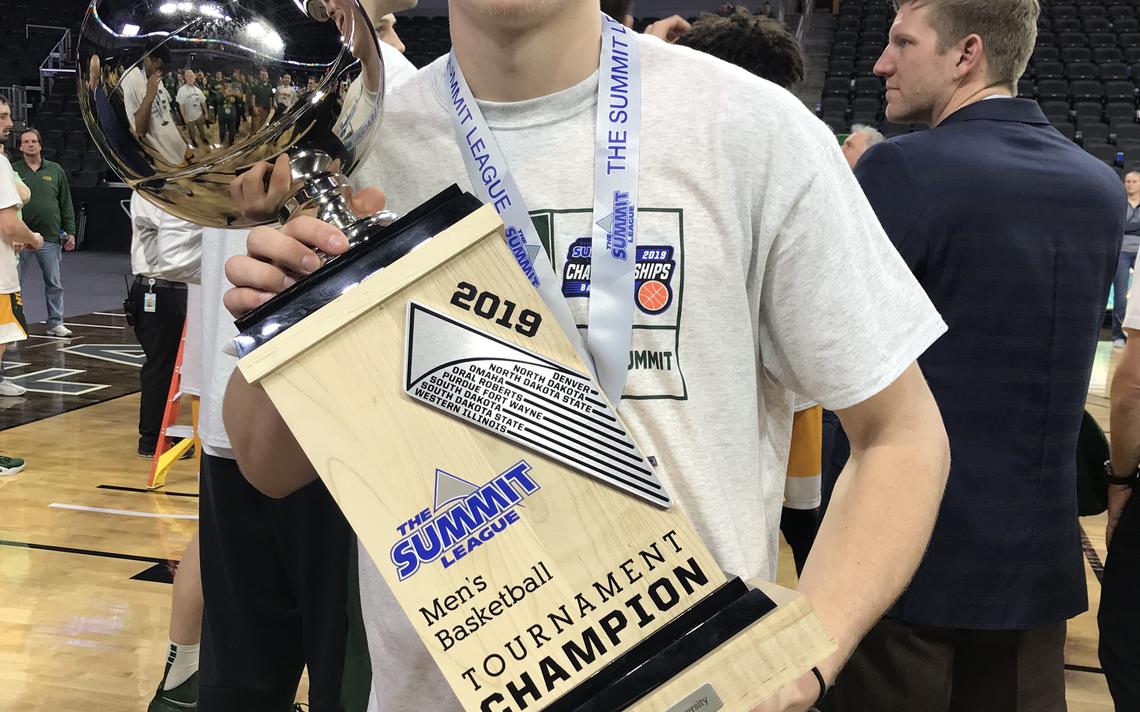 BISMARCK, N.D. – Every year teams from all over the region come to Bismarck, North Dakota, to play in the North Dakota State Amateur Basketball Tournament. North Dakota native Jeff Brandt, basketball sensation back in the early 2000′s, continues his playing career in the tournament, every single March.

Jeff Brandt grew up in Minot, North Dakota, and brought a state title to Minot High School in 1999.

Every year he comes to Bismarck to play in the North Dakota State Amateur Basketball Tournament, and annual tournament, put on by the Bismarck Parks and Recreation District.

“It’s always fun, I mean you see guys you played against in high school and in college and go out to the bars with them that night, play basketball with them in the afternoon, then go out with them once the games are over with. It’s fun to play, and it’s fun to retell old stories from our playing days, it’s a good weekend.” Brandt said.

Brandt attended the University of North Dakota for 3 years, then returned home to Minot to play for the Beavers his senior season. After graduation he tried out for the NBA’s Washington Wizards, and made it to their G-League affiliate, the Dakota Wizards.

“Every kid’s dream is to play professional sports at some level, and I did it at a certain point, and it teaches you what it takes to get to the next level and how good you have to be to be at the highest level.” Brandt said.

With all the fun that comes with the sport, Jeff Brandt is just thankful that he can still play the game he loves.

“It’s fun, you know every year you get to the point where you’re like I don’t know if I can do it the way I’ve always done it. Sometimes you can’t, and that’s okay, the good part about it is to get out, get some exercise, and sometimes the competitiveness takes over a little bit and you think you can do things you used to, and you can’t get there as quickly anymore.”

Badlands Circuit Selects Bucking Horses, Bulls of the Year and the Finals