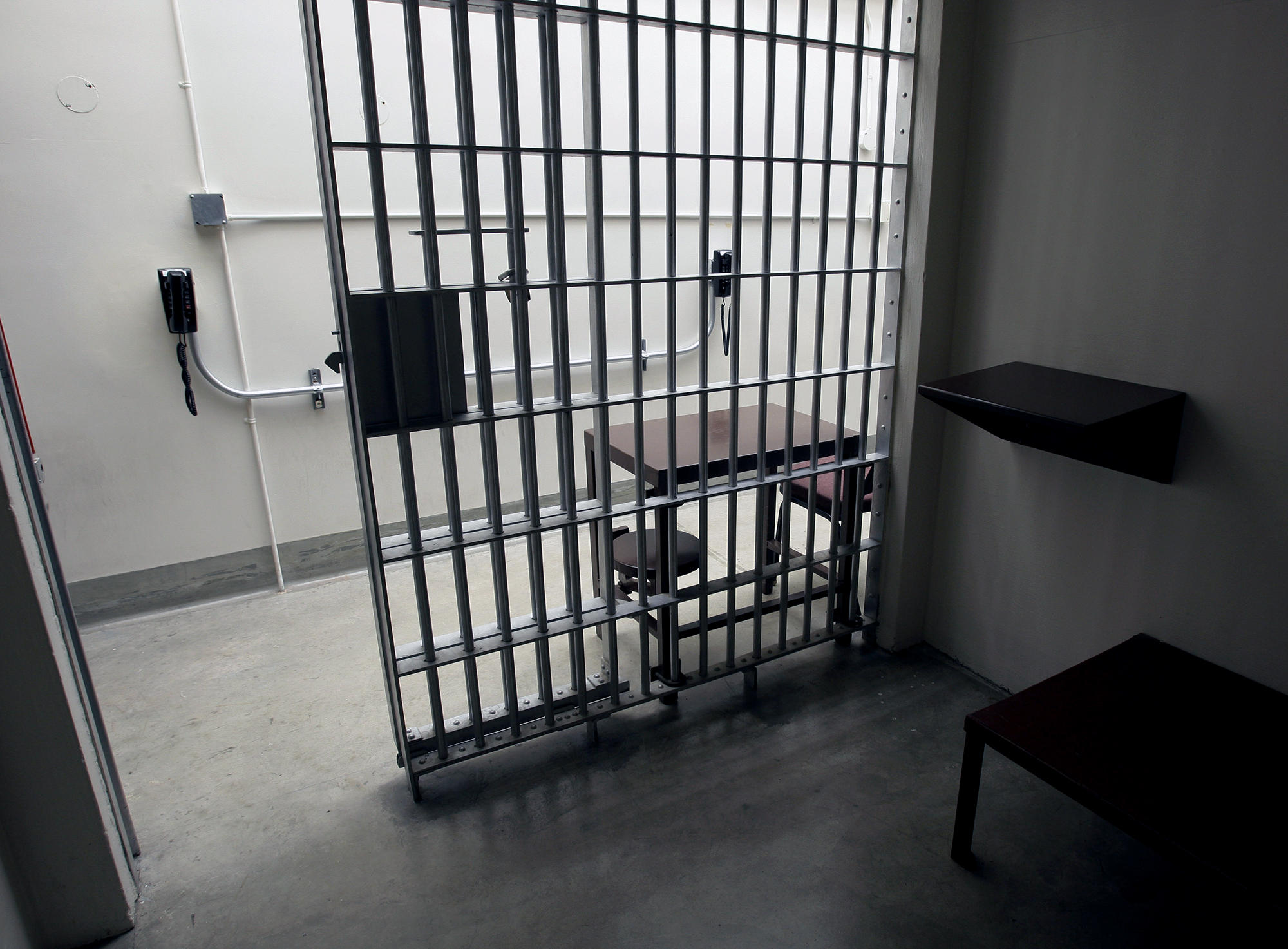 The holding cell where inmates who will be put to death are kept until their walk to the execution chamber at the Washington State Penitentiary is shown Thursday, Nov. 20, 2008, in Walla Walla, Wash. Darold Ray Stenson, who was convicted in 1994 of the 1993 murders of his wife Denise, and business partner Frank Hoerner, is scheduled to be executed on Dec. 3, 2008. (AP Photo/Ted S. Warren)
Crime News

Jonathan Montanez, 31, battered a police car with his fists, jumped up on it and provoked protesters into causing violence and destruction at a May 30 demonstration in Fargo, according to prosecutors. He was arrested at the end of September.

“The FBI’s mission is to uphold the Constitution, which includes freedom of speech and the right to assemble. Jonathan Montanez took personal advantage of what was supposed to be a peaceful protest that day, to engage in criminal activity,” FBI’s Minneapolis Special Agent in Charge, Michael Paul, said in a statement.

Montanez was also ordered to spend three years on supervised release after his prison term.

His attorney did not immediately respond to a Fox News request for comment on the sentence.

He and other protesters jumped on an occupied police car and helped whip up a riot, the DOJ said.

Fargo resident Errick Toa, also 31, pleaded guilty to a civil disorder charge in January for playing a similar role in the chaos, and stomping through a windshield of a patrol car with officers still inside.

As the crowd grew unruly, it caused thousands of dollars in damage and “caused many serious injuries to law enforcement officers,” according to the Justice Department.

Local reports show video and photographs of shattered windows at downtown businesses with looters rushing in and out and rioters hurling tear gas canisters back at police.

The riot began as a peaceful protest over the death of George Floyd, which had happened five days earlier and led to demonstrations around the country.

Derek Chauvin, one of four ex-Minneapolis police officers charged in Floyd’s death, is currently on trial in the city, facing charges of murder and manslaughter.

Disabled ND man who tried to run over Wal-Mart customers with scooter, then kicked cop fails to show at court