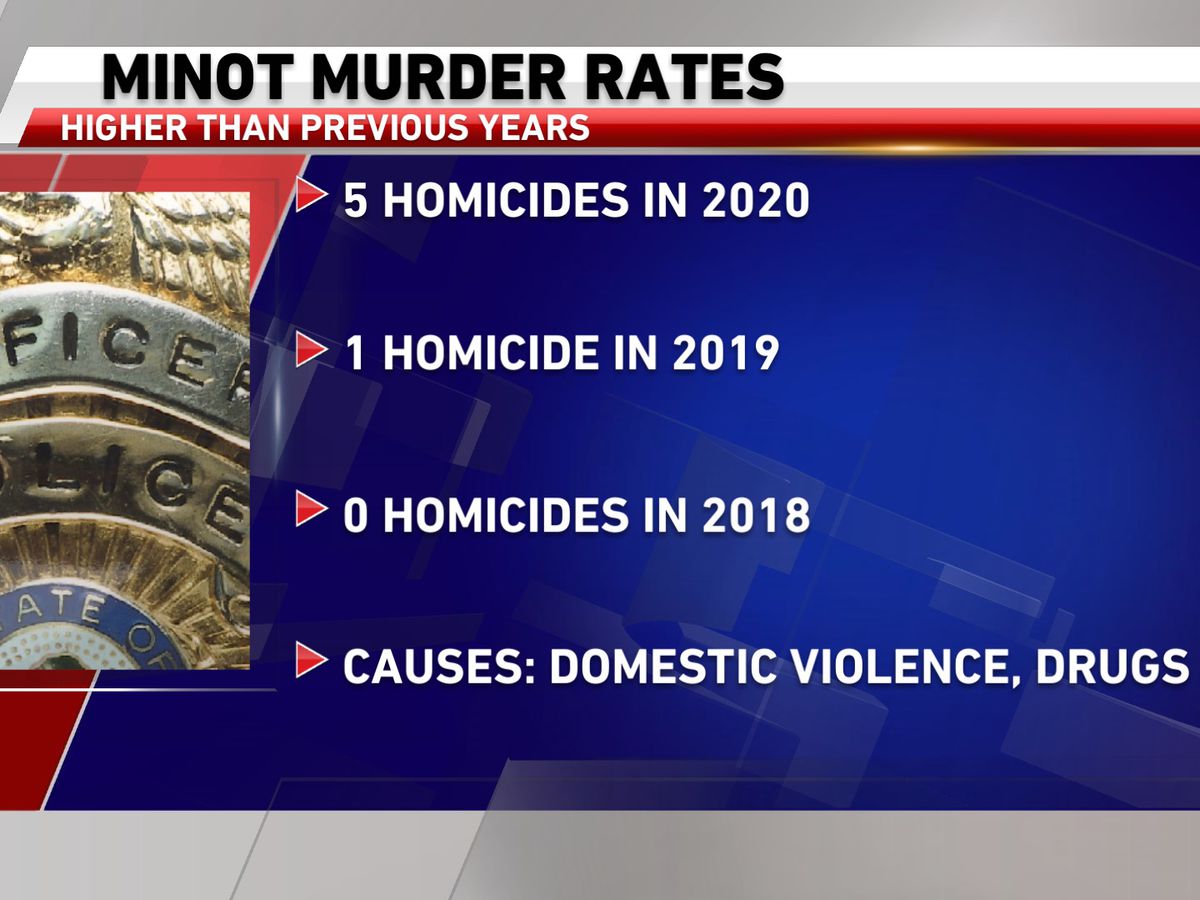 MINOT, N.D. – Murder rates in the Magic City are at an all-time high — the highest it’s been in more than 20 years.

Chief John Klug says so far, the city has seen five murders this year, four more than last year. In 2018, there were none. Chief Klug says narcotics and domestic violence have only added to that.

“A couple of the murders that have been investigated have been connected to some kind of family connections so would fall under a category of domestic violence-related homicide,” said Klug.

But Minot is not the only city seeing an increase. Homicide rates are up 20 percent in some cities across the U.S., and some are blaming the pandemic and the economic fallout. Klug says he doesn’t think that is the case here, but they are working to lower those numbers.

The chief says they are looking to fill an Intelligence Analyst position to help with preventing those types of cases.

Rise in car thefts in Minot