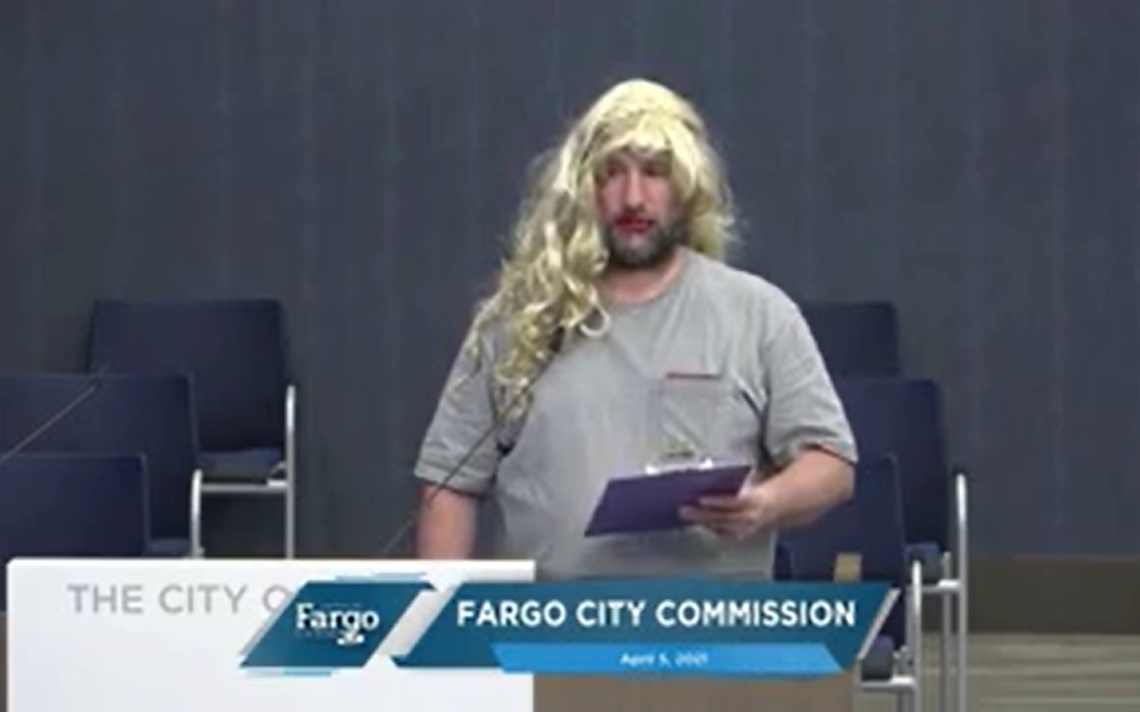 MINOT, N.D. — Transgender issues are much in the news lately, both here in North Dakota and across the nation.

Our transgender friends and neighbors are coming out of the shadows, and most of us are trying to have a rational and respectful debate about how to make them feel welcome and comfortable in a society that, in many ways both good and bad, is built around gender.

And then there’s this guy, who last night identified himself as Alexander Simon during a public input session before the Fargo City Commission before going on a crude rant about gender while dressed as a woman.

That’s how he began before likening a sex change operation to having a limb removed. “No doctor should ever perform this surgery,” he said.

“We should be able to trust our doctors to do no harm,” he continued, adding that “there are two genders not infinity.”

After a childish demonstration of how male and female sex organs work, complete with finger gestures, Simons veered into a seemingly unrelated rant about race.

“Don’t blame me for being white,” he told the commissioners. “Blame my parents. I do.”

Public comment periods are important. They can inspire a lot of thoughtful feedback, and sometimes even reveal new issues worthy of debate.

The unfortunate reality, though, as anyone who has attended a certain number of public meetings knows, is you get a lot of chaff with the wheat.

Whoever this guy is, I hope in the future he can keep his ugly views to himself.

Eligibility is Expanded for Covid-19 Vaccinations at Veterans Affairs

Co-op said business is drying up because of pandemic, national competitors